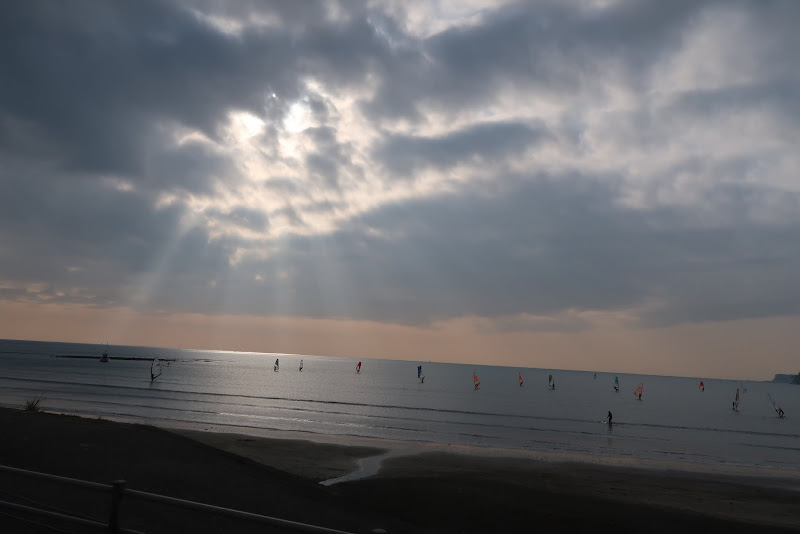 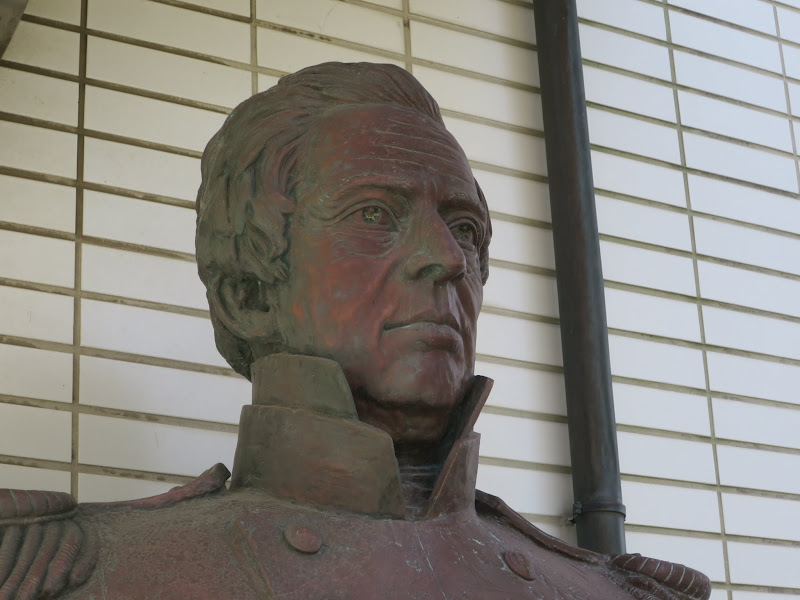 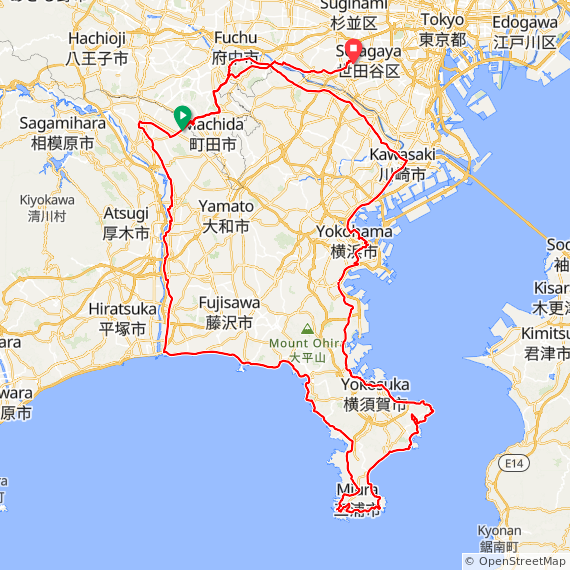 When crypto-currencies like Bitcoin (BTC) were first introduced, they were claimed to offer the potential of a low-cost, frictionless international payment system. This has not really happened, as BTC turned out to be severely restricted on the volume of transactions it could handle. From then on, it increasingly became a vehicle for criminal transactions (including fraud) and speculation.

In the past twelve months, people have been buying BTC and other crypto-currencies primarily because of the expectation that they could later sell them at a profit. This has allowed existing holders of crypto-currencies to do precisely that. This is very much how “pump and dump” scams operate, usually involving unlisted (OTC) stocks.

“Pump and dump” scams used to involve selling by phone, but in recent years many switched to email spam. Now we are seeing crypto-currencies being advertised via spam. One example is Swisscoin (SIC), as in this email received on 2018-01-16:

It’s probably not news to you at this point if I tell you that bitcoin has made tons of people tons of money. Something else you probably already know is that it will never go up like crazy again. Its time to shine is long gone. That’s why we must look into what the next big thing is, and the truth is that there have been plenty over the last few months. Can you jump on the next huge one before it soars? Swiss coin {SIC} is the most likely candidate for a fifty thousand percent return this year. It has the support of the Switzerland government. It is already considered as legal in the country. It’s the type of coin that you can buy a thousand bucks of right now, sit on for a small period of time and you could make out crazy wealthy when all is said and done. SIC has already doubled since Saturday. This long Martin Luther King weekend could bring you even more upside if you act quickly. For those of you who know what this means- you can get it for under 50 satoshi right now. And if you have no clue what this means, it basically means that you can get in on the ground floor How do you get some? You just need an account at coinexchange. Read the currency’s official page to find out more info: https://swisscoin.eu/sic-deposits.html

The truth is, far from “having the support of the Switzerland government”, Swisscoin / swisscoin.eu is listed on a warning list by FINMA, Switzerland’s independent financial-markets regulator. The Swiss company listed in the FINMA warning did not have an office there. It was founded with a capital of only CHF 20,000. Its officers are based in Leipzig, Germany.

There is no “ground floor” opportunity for Swisscoin. It has been marketed via MLM since 2016 and various people called it a Ponzi scheme. The Dynamoo blog writes in a recent post:

There are questions as to whether Swisscoin is actually a cryptocurrency or a Ponzi scheme. Honestly, I don’t know and I’d advise you to do your own research. However, this has all the markings of a pump-and-dump scheme, so it’s quite possible that someone who bought Swisscoins at their peak wants to pump the price up so they can sell off their holdings. Given that the spam is being sent out from a network of hacked machines and does not comply with anti-spam laws, you can pretty much guarantee that this is not legitimate and should be avoided.

Never buy anything advertised via spam!

When I was a kid, I learnt that carbon dioxide (CO₂) makes up around 0.3 % (300 ppm) of the atmosphere. Man-made CO₂ output, from burning of fossil fuels to deforestation, has increased this number year after year. In 2013 it first exceeded 400 ppm. Even back in the 1950s, after over century or coal and oil burning, the number was already the highest in 650,000 years. We are still adding CO₂ to the atmosphere every year and the amount being added per year is still increasing. As CO₂ is a heat-trapping greenhouse gas, this has far-reaching consequences. There are dangerous feedback loops that will amplify the consequences, from increased arctic warming from absorbed sunlight due to melted sea ice to increased methane output from melted permafrost regions. Disappearing mountain glaciers will have effects on rivers downstream.

As humanity realizes the dangers from changing climate, from rising sea levels to extreme weather patterns, devastating droughts and wildfires, desertification and failing harvests we need to take action. We will need to cut CO₂ emissions as much as possible as soon as possible, but we also need to look at ways of binding CO₂ that has already been released.

Some people are trying to make a quick buck on this or to deflect consequences from industries that harm the environment. Because of this, be very skeptical of any claims made for carbon sink technologies that aim to delay the phasing out of fossil energy sources (including but not limited to “clean coal”).

A couple of years ago a US company called Calera made headlines with bold claims of a process that could act as a carbon sink for CO₂ from fossil fueled power stations while producing a product that could be used in place of cement. About 5 % of global CO₂ output is from cement production while power stations account for about 1/3 of CO₂ output in the US, therefore this would sound like a win/win situation. The process would extract calcium from sea water, combine it with CO₂ from the smoke stack of a power station and output calcium carbonate (lime stone) as a building material. Calera received funding from ventures capital fund Khosla Ventures and built a prototype plant adjacent to the Moss Landing power station at Monterey bay, California.

The company has always remained fairly tight lipped about how its process would actually work and what its inputs and outputs would be. However, despite the numerous articles that repeated its ambitious claims, nothing much seems to have come off it since.

The fact is, their claims were debunked by two critics, Jerry D. Unruh and Ken Caldeira, but relatively little attention was paid by the media to the inconvenient facts they had pointed out.

Most of the calcium and magnesium dissolved in sea water is either in the form of calcium bicarbonate or magnesium bicarbonate. To precipitate dissolved (Ca,Mg) bicarbonate as solid (Ca,Mg) carbonate, one has to remove CO₂, not add it. Calcium and Magnesium dissolved in the ocean is there because rain water absorbs CO₂ from the atmosphere and then dissolves lime stone and dolomite rock as it seeps down into the ground before re-emerging in springs and rivers:

Fundamentally, calcium and magnesium ions (Ca++, Mg++) in sea water are not a viable option for binding millions of tons of CO₂ as they are already the end result of a carbon-binding process. Turning bicarbonates into carbonates either releases CO₂ or it requires huge amounts of alkaline materials to bind that CO₂.

The truth is, besides CO₂ and seawater, Calera’s prototype plant consumes existing stocks of alkaline magnesium oxide left over from previous industrial uses at the site, but those stocks won’t last forever. If one had to replenish these stocks from scratch year after year, this typically would involve the high temperature calcination of magnesium carbonate, which consumes roughly as much energy and produces as much CO₂ as making cement does.

Calera has suggested a few alternatives in place of magnesium oxide as alkaline process inputs for a full scale production system, but these don’t make much more sense either:

Long term, the cheapest way of dealing with rising CO₂ levels are not carbon sinks, but not producing the CO₂ in the first place. This means reducing energy consumption, a halt to deforestation, switching transport to electricity and producing power from wind, solar, geothermal and other non-fossil energy sources. The sooner we do this, the more livable this planet will remain for its 7 to 12 billion inhabitants this century.