Some spammers try to scare domain registrants with bogus “notifications” such as the following:

Don’t miss out on this offer which includes search engine submission for [MY.DOMAIN.NAME] for 12 months. There is no obligation to pay for this order unless you complete your payment by Jul 14, 2013. Our services provide submission and search engine ranking for domain owners. This offer for submission services is not required to renew your domain registration.

Failure to complete your search engine registration by Jul 14, 2013 may result in the cancellation of this order (making it difficult for your customers to locate you using search engines on the web).

You have received this message because you elected to receive special notifications and offers. If you no longer wish to receive our special notices, please unsubscribe here, or mail us a written request to the attention of: Customer Contact Manager, PO Box 4668 New York, NY 10163. Please allow up to four weeks for the complete unsubscribe process to take place. NOTE: If you have multiple accounts with us, you must opt out for each one individually in order to fully stop receiving these notifications. This message is CAN-SPAM compliant.

Please do not reply to this email, as we are not able to respond to messages sent to this address.

Needless to say I never asked for this message and harvesting registrant details from WHOIS records for spamming purposes is a violation of ICANN terms.

It is easy to confuse this spam email with a domain registration expiry notice from a registrar, which it isn’t. You can safely delete this and similar messages. Do not hand your credit card details to spammers!

Here are some of the domains used by the spammers who run this scam:

The “search engine registration” they’re selling is pointless and no such registration is needed. Google isn’t going to forget about my domain just because I’m not going to send these crooks $75 essentially just for spamming me. If either your domain already shows up in Google and other search results or Googlebot or other crawlers are crawling it or there are existing links to it from other websites then you’re already in business.

A “search engine registration” will not protect your domain from accidental expiry, which is what registrants should be concerned about. If your domain is important, please check its expiry date with the registrar via a WHOIS lookup. If your registrar (like mine) offers an auto-renewal service for domain registrations, enable auto-renewal and check that the credit card expiry date is sufficiently far into the future. Otherwise mark a date a few weeks before the expiry date in your calendar so you won’t forget.

Every couple of months I seem to see another article in a major newspaper about how exercise can be a killer if it is a bit more than a moderate amount. The most recent example: “Over 40? Rethink your next triathlon” (Sydney Morning Herald, 2013-06-24).

About a year ago a study in the journal Mayo Clinic Proceedings made some waves and its lead author, James O’Keefe now keeps getting quoted with warnings to avoid doing more than half an hour of exercise per day. No doubt such warnings will comfort a lot of couch potatoes, who do no exercise at all and who will feel confirmed in their reluctance to go out and move their bodies, lest it might kill them. No doubt his study will be good for O’Keefe’s career, as it makes him the man to go to for a quote for this type of article.

The myth of the deadly Marathon run is as old as the first Marathon run itself. The Marathon distance of 42 km / 26 miles commemorates a messenger called Pheidippides who supposedly delivered the news of the Greek victory over the Persians at the Battle of Marathon over that distance to Athens, only to die immediately afterwards. A closer reading of the historical sources however reveals it to be a myth, created from a mashup of several other events, neither of them involving the death of a runner. Herodotos, in his history of the Persian wars, only mentioned Pheidippides running from Athens to Sparta (a distance several times longer than from Marathon to Athens) to request help against the Persians. No mention was made of a run from Marathon to Athens after the battle or a death from running. After the victory at Marathon, the Greek army rapidly marched to Athens to ward off a sea invasion, but this was no run. Only some 500 years after the battle, the modern version of the story was cobbled together:

The modern narrative of death by running doesn’t quite match the facts either. While it’s true that the risk of death from a heart attack is higher during a run than while resting, people who regularly exercise have lower mortality than people who don’t.

As a marathon-running friend of mine explains, being a trained runner has the effect of lowering his resting heart rate. Even if his heart beats faster during a marathon, his average year round pulse will be lower, so his heart will wear out less quickly overall.

While the greatest difference in mortality is found between people who don’t exercise at all and people who exercise moderately, even as people exercise more, the negative effects of exercise do not begin to outweigh the positive effects.

There was an interesting reply in Runner’s World (2012-11-28) to O’Keefe’s claims about excessive training, by which he means anything exceeding 30-60 minutes. In the above article he again advises people to run no more than 30 km a week (which would be no more than about 30 minutes a day averaged over a week). One of the major studies quoted by O’Keefe’s study actually found no levelling off of benefits. His advice is based on a misreading of the available data: People who exercised 120 minutes a day actually had even lower mortality than people exercising one hour a day.

Wen and colleagues reply that yes, they do have data — and it doesn’t show what O’Keefe et al. hope:

By 120 min [per day], the hazard ratio for all-cause mortality was around 0·55 [which is better than it was for 60 min per day], with even better hazard ratios for cardiovascular diseases… The adverse effects of strenuous exercise for incremental efforts for more than an hour a day did not seem to outweigh the benefits. We were not able to identify an upper limit of physical activity, either moderate or vigorous, above which more harm than good will occur in terms of long-term life expectancy benefits.

This exchange took place before the recent spate of review articles about the dangers of too much exercise was published. And yet the study is still being cited as evidence that doing more than an hour a day of exercise is bad for you. As a subsequent letter to the journal from Michael Bubb of the University of Florida put it, “The interpretation of the data provided in the review by O’Keefe et al is misleading, particularly given the response of the authors of the original data.”

In the end, articles that discourage exercise that is proven to reduce mortality will end up costing lives. 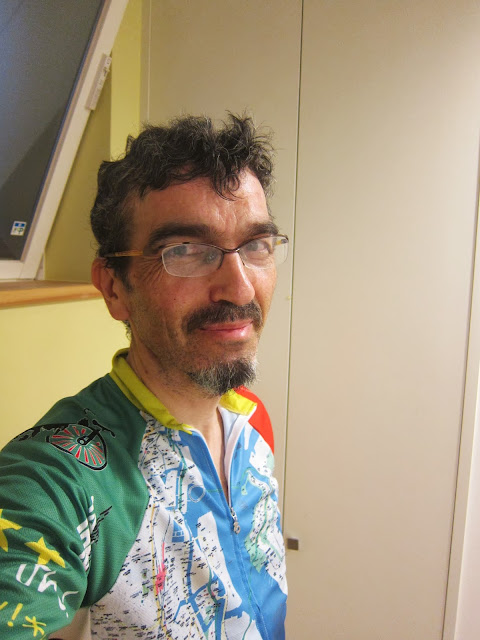