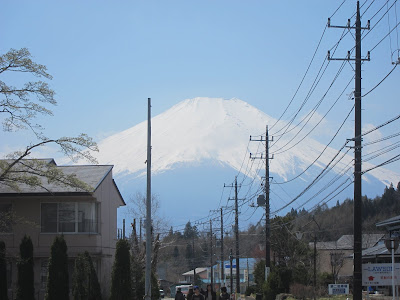 I completed my second official brevet of the year, a 201 km loop across the mountains west of Tokyo. Brevets are long distance cycling events, typically over distances of 200, 300, 400, 600 or 1200 km. More than pure distance, it’s the amount of climbing that can make for a hard brevet. The more total elevation, the harder it gets to meet the minimum average speed requirement of 15 km/h overall and up to each check point (PC). This 200 km brevet had over 3000 m, more than the 300 km Fuji brevet. In January I had already shadowed a 200 km brevet, as an unofficial rider without signup. In March I completed BRM309 in Izu, my first official brevet of the year. I managed to complete all three 200 km brevets under the time limit of 13 1/2 hour. 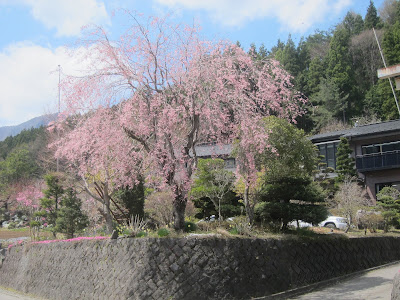 I got up at 03:45 for a 07:00 start, having had only 5 hours of sleep. Even though I had covered about 60% of the course in a personal ride in February, I was a bit anxious whether I would make the limit limit. Trying to keep up with other riders to save myself the hassle of navigating the course on my own, I worked pretty hard for the first 50 km, with my heart rate above the range I reach in training runs for extended periods. I started eating on the bike about 90 minutes after the start. 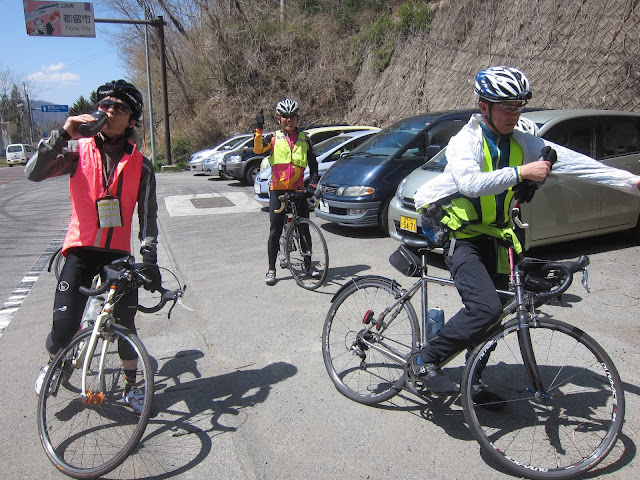 About one third of the distance, my rear fender fell off – metal fatigue of the aluminium bracket that attaches it to the frame! I just picked it up again and stuffed in my saddle bag. Fortunately we didn’t have any rain all day. It was relatively cool out there. I was wearing my winter tights and either one or two layers of jerseys. I may try to fix the fender by making a steel bracket to replace the broken aluminium one.

Throughout the ride I was quite happy with my progress relative to other riders. I didn’t feel particularly slow, but half way into the ride I was only 30 minutes ahead of the 15 km/h minimum pace, so I couldn’t feel easy.

The next climb after that I started solo from a convenience store and didn’t see anybody else for a long time. I was starting to question if I was still on the right road. Just like on my previous brevet in Izu peninsula, Google Maps on my Android was quite inaccurate away from the cities, often placing me kilometres from where I was, which is not a good basis to decide where to turn at the next junction. So I enabled the course on my Garmin Edge 500, which worked pretty well, just as it did in Izu. I think that will be my main navigation tool from now even though it looks very basic compared to Google Maps.

After finding the PC on the last big mountain after which the ride was named and having some food there I started to relax, knowing there would be no more big climbs for the rest of the trip. There were still plenty of hills, but nothing too bad. The only problem was dense weekend traffic from people heading home in the late afternoon.

I bumped into some friends of mine on the way back to the start/goal who turned out to be on the same brevet. We rode together for the remainder of the course, mostly me leading the group. On the final 20 km or we counted down every single remaining km. It was great to see we were still ahead of the time cutoff by a comfortable margin. 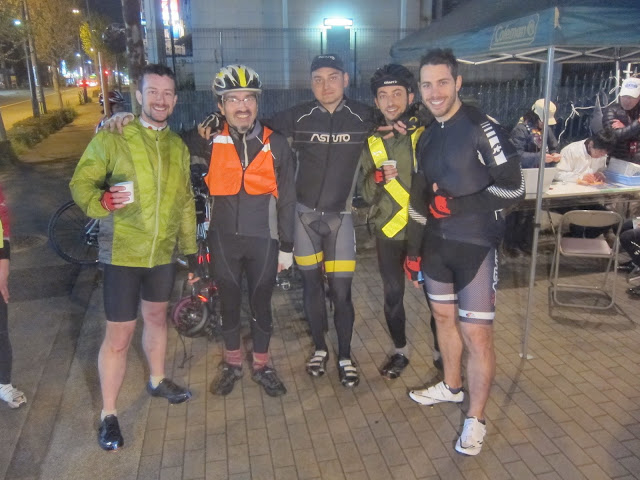 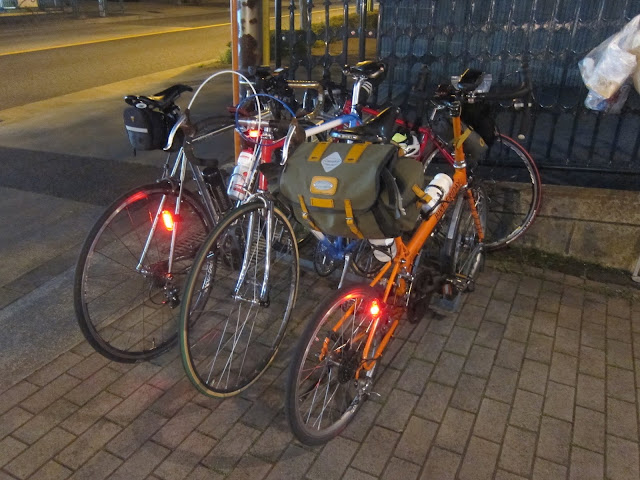