The vast majority of cyclists who ride road bikes never compete in bicycle races. Nevertheless, the gearing of the bikes they ride is optimized for racing and not for the kind of cycling the bikes are actually used for. 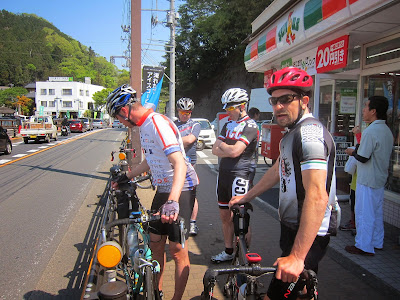 A typical trained amateur can sustain an output of about 3 W per kg of body weight for one hour. At 70 kg that’s about 210 W, enough to sustain 35 km/h for that hour. That’s about the 4th tallest gear on a 700C road bike (50×14 at 80 cadence). Higher gears are only usable for very short sprints during races or downhill or while drafting behind others.

Those high gears do make sense in races. Pro athletes can sustain 5-6 W per kg of body weight for an hour and much more for a few minutes or seconds, such as a sprint finish in which they may hit speeds in excess of 60 km/h.

During road races cyclists ride in a large bunch known as the peloton that provides considerable aerodynamic benefits. While the peloton at the Tour de France will cruise for half a day at speeds of around 45 km/h, few cyclists I know will cruise faster than 30-35 km/h in group rides, less than that when they ride longer distances or individually. On rides of more than 100 km on my own I will spend very little time exceeding 25-28 km/h on flat terrain. 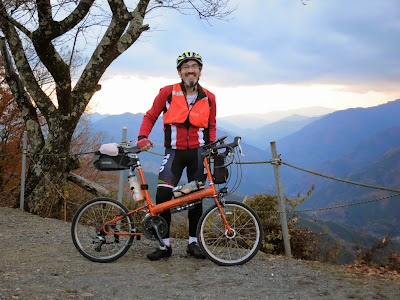 When Eddie Merckx set his famous 1 hour record, he used a 52×14 gear combination, which is 18% shorter (i.e. lighter) than 50×11. His average cadence was 102 rpm. At 50×11 it would be 83 rpm. Even with a typical cyclocross top gear of 46-11, his average speed corresponds to a cadence no higher than 90 rpm. So why does Shimano sell heavier gears for amateur cyclist use than Eddie Merckx used when he was at his peak? That isn’t what they need at all.

People buy bicycles not just because they enjoy riding them, but also for status. That’s how they are marketed. Road bikes that look similar to what the pros ride command higher prices and are more profitable. Selling racing-optimized components to non-racers is a way of getting customers to spend more money on things to be seen with rather than on things to use.

One downside of the high, racing-oriented gearing are unnecessarily high lowest gears. With a 20-speed bike you shouldn’t have to get out of the saddle and stand on the pedals to be able to make it up a steep hill. If you can’t maintain a cadence of 70 rpm, your current gear is too tall. Same if you have to get off and walk or if your legs cramp up. A large outer chain ring that makes the smaller sprockets on your cassette unusable also forces you to sooner switch to the inner chain ring on slight climbs or to drop cadence to avoid front switches. 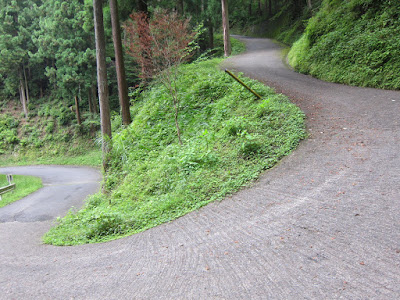 It doesn’t have to be that way. Lower gearing can be achieved via smaller chain rings at the front, larger cassettes at the rear, smaller wheels or a combination thereof. Yet road cyclists are offered few of these options. Shimano, SRAM and Campagnolo, the big three bicycle component makers, provide very little choice when it comes to derailleur geared road bikes. Still, there are some options.

Let’s take a look at them.

Mountain bikes and trekking bikes are available with double and triple chain rings, with large rings as small as 36T and small rings as small as 22T. For example, the Deore XT FC-T781-S is available as a 44-32-24, which provides low enough gearing for grades of 14% and more and high enough gears for 30+ km/h cruising. MTB cranks are readily available and affordable.

One problem is that MTB cranks have a wide Q factor (pedal-to-pedal distance), which some cyclists have a problem with. Also, their chain line is wider than that of a road double or triple, which can cause problems when trying to use a road derailleur as it may not reach out far enough. Shimano MTB front derailleurs on the other hand are not compatible with Shimano road shifters because of different pull ratios and MTB shifters are not designed to be used on drop bars.

If you are able to make the MTB crank chain line work OK with road shifters and don’t have problems with the wider Q factor, good for you!

Shimano road cranks use a 130 mm bolt circle diameter (BCD) for the outer ring and 110 mm for the inner ring, which limits the smallest inner ring to 34T. Your only option of getting a lower lowest gear is a bigger cassette. Cassettes are limited by what number of teeth your rear derailleur (RD) can handle. Medium and long cage RDs handle bigger cogs as well as bigger differences between the small and large gears than do short cage RDs. A 9 or 10 speed road RD can also be replaced with a 9 speed MTB RD for more capacity, as they are pull compatible. This allows cassettes up to 36T. The drawback of bigger cassettes is extra weight and less closely spaced gears that require bigger cadence changes when changing gears.

Cyclocross bikes usually come with 46+36T cranks, which avoid the big jumps in chain ring size of road compacts (10 vs. 16T difference). The 46T is more usable than a 50 or 52, but because of the 110 mm BCD of both rings, no inner chain ring smaller than 34T can be installed. So with a CX crank, larger cassettes are the only option for lower gearing, just like with road cranks.

Typical road triples offer 50-39-30T combinations, but manufacturers have gradually been getting rid of them. SRAM completely stopped making road triples. Except for their MTB group sets, they only sell doubles now. Shimano dropped the triple option for Dura Ace with 7900. Next in line was Ultegra, where 6703 was the last triple, followed by 11 speed double 6800. Finally it was 105’s turn, which went to 11 speed double-only when 5800 came out. Now Tiagra 4603 is the only group still offering a triple. Older 105 5703 and Ultegra 6703 parts are still available, but not on new bikes. None of the electronic shifting group sets from any manufacturer, such as Shimano Di2, support triple. Ultegra 6770 support 10 speed doubles, while Ultegra 6870 supports 11 speed doubles.

With both the 105 and Ultegra triples the small chain ring uses a 74mm BCD and can be replaced with smaller 74mm BCD rings down to 28T, 26T and even 24T, for example the TA Zelito range. This is not possible on the current Tiagra 4603, where the inner is bolted to the middle ring.

Some people remove the 50T of road triples and change the middle to a different size, to convert the road triple into a “compact plus” double such as 44+28T or 42+26T. Having only two chain rings then, this can even be combined with an electronic FD. I have heard from at least one person who uses Di2 with a 105 5700 triple-derived 44+28T double.

Triple cranks are still made by several other players besides the big three. One of the most well known and respected is Sugino. For 9 speed there is their XD-2, which is good value. You can get in 46/36/24T. For 10 speed there is the Alpina 2 triple, which can be a bit hard to find with the right ring sizes. The 110/74 mm BCD means the inner can go as low as 24T while the middle can be no smaller than 34T (technically, 33T but nobody uses those).

If you’re using STI shifters then ramped and pinned rings work best for the middle and outer rings. Some purists still use down tube shifters or bar end shifters, which will work with any rings, but having used STI I simply can’t go back to the 1970s for shifting. The ability to use both the brakes and the shifters from the hand position in which I spend most of my riding is invaluable, especially when riding in populated areas.

Sugino also makes doubles using 110/74 mm BCD that allow you to use inner rings smaller than the 34T limit of typical road and cyclocross doubles. The Sugino OX801D, which Sugino calls a “compact plus” does not suffer the 34T limit for the inner ring. It combines the chain line and narrow Q factor of a double with the ability to use smaller inners of a triple.

A trekking bike-oriented variant, the ZX801D aka ZX110 OX801D can be had with smaller rings from 44/28T down to 40/24T. It’s chain line is MTB-like and it uses spacers when used with a 68 mm bottom bracket. Both the OX801D and the ZX801D are compatible with 9 and 10 speed drive trains, with modern ramped and pinned chain rings for STI compatibility.

Just like single speed bikes, hub geared bikes are relatively flexible in their gearing because there is only a single sprocket at the front and the rear, the selection of which moves the internally available gear range up or down as needed.

The Rohloff Speedhub 500/14 gives you 14 equally spaced gears covering a total range of 526%. It is robust, low maintenance and efficient. On the other hand it’s very costly, fairly heavy and not compatible with drop handle bars or with electronic shifting. It’s a good match for high end touring bikes.

Alfine IGH can now be combined with electronic shifting. For the mechanical version there are the Shimano STI-like Versa brifters.

The Alfine models are more expensive and heavier than derailleur gears but neither as expensive nor as efficient as the Rohloff Speedhub. Pick your poison!

It was only when I started looking at what kind of gearing I would need to maintain my comfortable climbing ability on a 700C or 650B that I realized what a blessing the smaller wheel size can be for gearing options.

The triple has also worked well for me. Because the middle ring has significant range overlap with both adjacent rings, the jumps either way are easy (about 30%), which encourages you not to postpone front shifts and to always use the most suitable ring. On flat roads I mostly ride in the big rings, except where the road is busy and I may have to stop a lot, or if I’m tired or facing a head wind. The middle works for almost anything when I’m not in a hurry and not on steep hills. On wet roads I’m more likely to encounter traction problems with the rear wheel before running out of gears on the inner. I use the inner with the lighter half of the cassette and never feel guilty about dropping into it, because it keeps my cadence high enough. In a car you wouldn’t think twice about reving the engine to go up a steep mountain, so why not on a bike?

I may not be a fast climber, but I have never suffered from leg cramps or walked up a mountain road because it was too steep. Having sensible gearing is part of the reason.