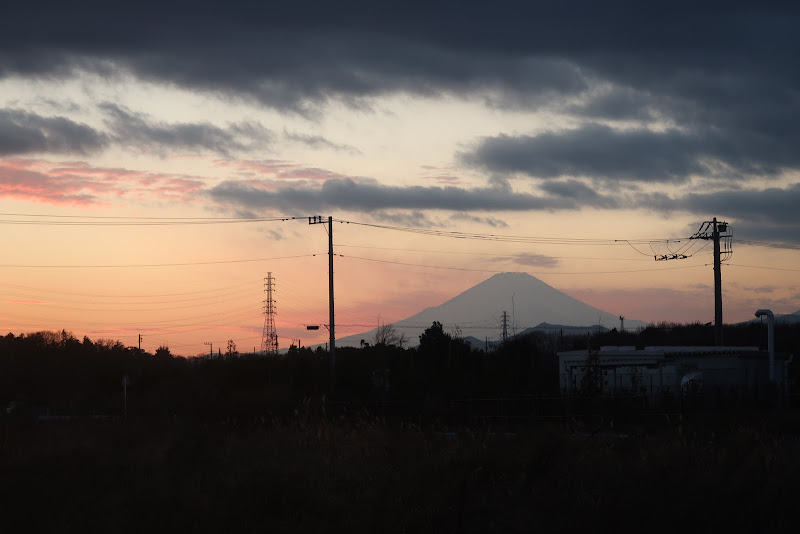 This is one of the last views of Mt Fuji I had last Saturday (2019-01-19), when I rode my first brevet of the year, BRM119 NishiTokyo 200 km Miura Peninsula. I also saw Mt Fuji from the Yamate area of Yokohama (near the Foreign General Cemetery), from the waterfront south of Yokosuka and from various spots on the west coast of Miura, including just before Enoshima. 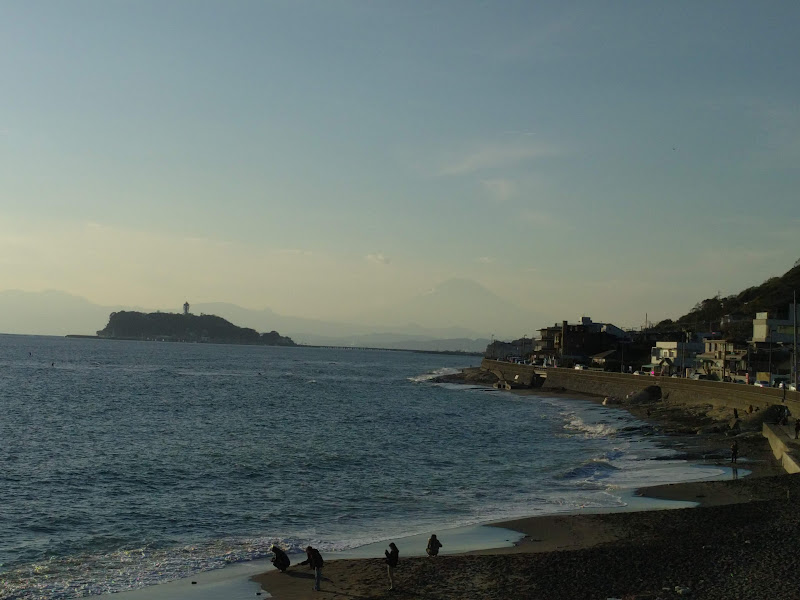 This 200 km ride around Miura peninsula from Machida to Machida is one I have done before, though much of the course outside Miura was different from last year’s. There’s a 13h 30m time limit (6:00 start, 19:30 close), with two timed checkpoints and a third location for a picture check. I finished in 12h 42m. Together with my ride back to Tokyo it came to 237 km (on Strava).

First Brevet of the Year

January brevets here are always very popular and fill up quickly when the signup period opens. BRM119 by AJ NishiTokyo was no exception. It filled up the first evening.

For a 200 km ride this course has minimal elevation gain (less than 1200 m) so it’s not quite as physically challenging as other 200 km brevets (hence maybe easier for people you didn’t ride much since the end of the 2018 brevet season in October), but there are no easy brevets. In this one you trade mountains for traffic lights and some busy roads. The January chill definitely will suck your energy, especially before sunrise and after sunset. You will be using a lot of energy just to stay warm, even when simply breathing in cold air!

The temperature on the ride ranged from -1° C at the start to 19° C near Jogashima, before dropping back to 5° C at Machida. This is a huge swing that’s difficult to dress for. I have a large front bag with sufficient space for clothes (and food), but I don’t know how others handled it — probably by feeling very chilly for the first few hours and very warm during the day!

The temperature swing aside, the weather was near perfect. The sky was nearly cloudless for almost the entire day. We were spoilt by ocean views and Fuji views.

I rode from my home in Tokyo to Machida the night before, as I had booked a room at a ToyokoInn to better cope with the early start time (06:00). This is a chain of inexpensive hotels. The rooms are clean and offer all the essentials. The ride reception to pick up one’s brevet card opened at 05:00, with a pre-ride briefing scheduled for 05:30. I went to bed at 22:00 to get more than 6 hours of sleep. My alarm went off at 04:10 and I left the hotel 40 minutes later.

I was well prepared for this ride. It was my third Century (160.9+ km) ride of the month, all three of them started no later than 06:00 so I knew the temperatures before sunrise and how they would feel in what I was wearing.

These are my improvised shoe covers, a pair of old merino socks with strategically cut holes for the SPD cleats, during testing the week before: 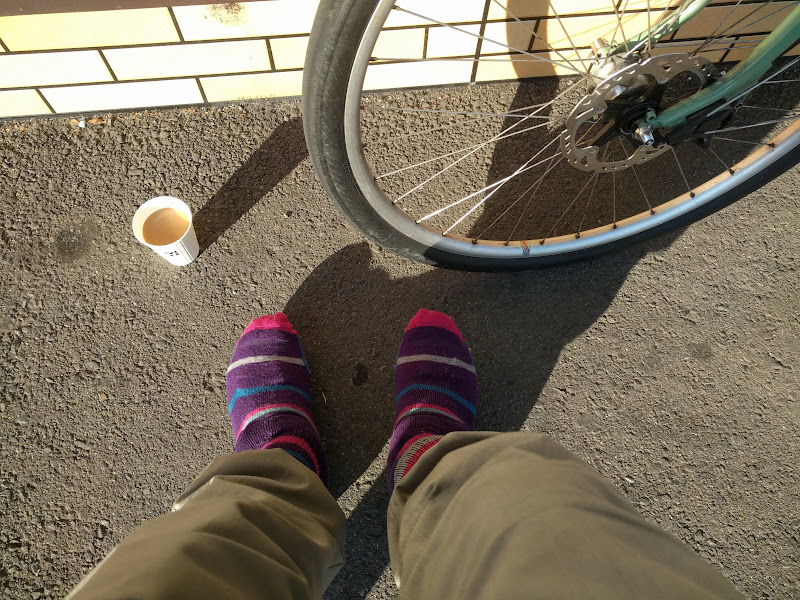 I had more than enough clothes with me, for example a choice of a winter jacket or a windbreaker to wear on top of my LS merino jersey and I used both, at different times.

I wore most of my clothes at the start at 06:00 from Machida: 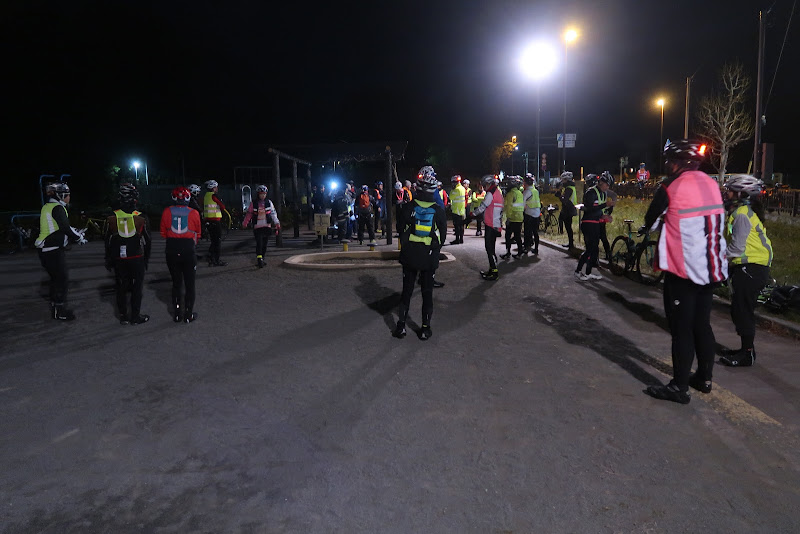 The only time I really did feel cold was when riding back to Tokyo after the event, as I hadn’t bothered to change back into my thermal underwear and base layer and consequently felt the wind chill on my hands. I improvised some poor man’s Bar Mitts ™ out of plastic bags and rubber bands that kept my hands toasty warm for the rest of the ride.

During the descent towards the Tamagawa river from the west I could see the whole of Tokyo below me in the dawn, including the skyscrapers of Shinjuku and Tokyo Skytree, the 634 m broadcast tower on the opposite side of the city. 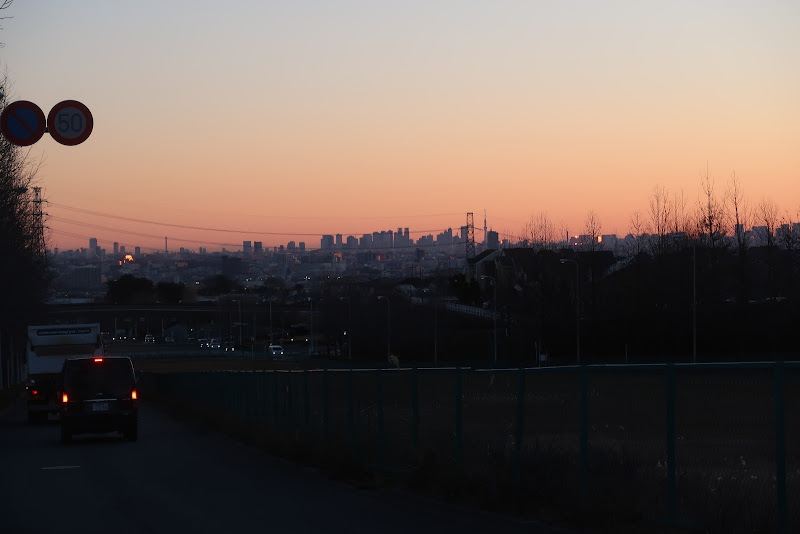 About an hour into the ride, the sun rose. It was dazzling us at times. Near Kawasaki station we hit rush hour traffic, but after that we switched to a cycling path by the riverside. After 48 km we reached PC1, the first control. Here I took off some of my layers as it was warming up.

Between there and Tsurumi we were cycling near the port area, with many trucks carrying heavy shipping containers on the road. 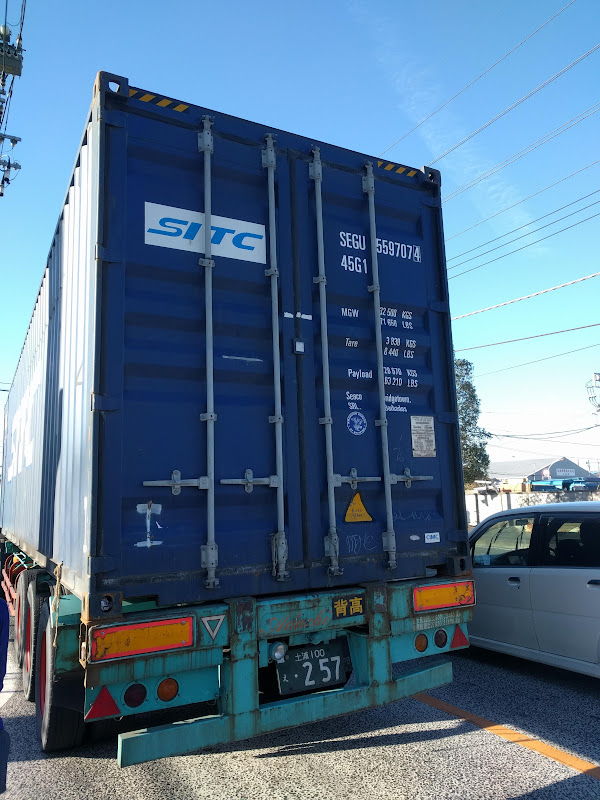 In Yokohama we passed Minato Mirai with its old brick warehouses and other historic buildings. After a Yamashita park we climbed up to the Yamate area, also known as the Bluff, a hillside that was home to the first foreigners who arrived in Japan for trading when Japan opened to the world in the final years of the Tokugawa shogunate. I got a surprising view of Mt Fuji from just outside the Foreign General Cemetery on the hill. 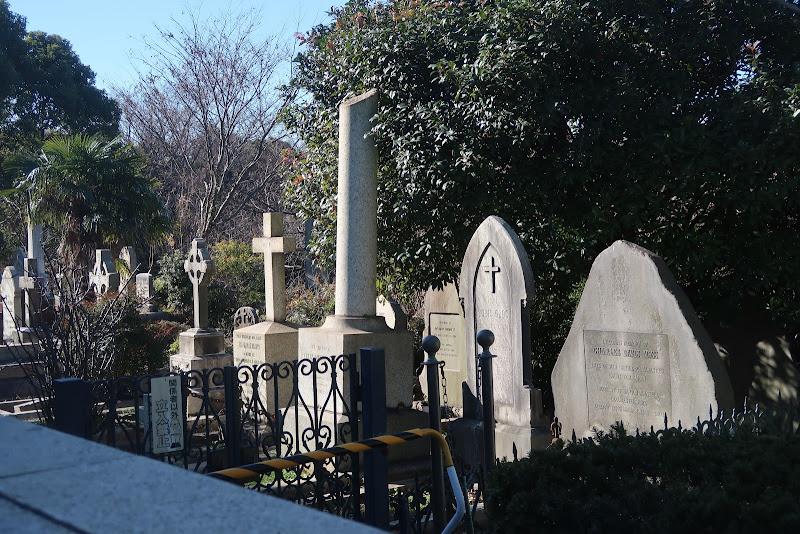 With a large group it’s always tempting to try to hang on to faster riders and I probably ended up doing that, riding a bit too fast for the first 60 km or so of the ride. Then my legs gradually started to complain and I dropped the pace and stopped for food near Yokosuka. I kept a more sustainable pace for the rest of the ride and felt pretty good. I also stopped often for pictures.

After Yokosuka you get good views of Boso peninsula on the opposite side of Tokyo bay. The scenery becomes more rural. By now the temperatures were much milder. I was riding without my winter jacket and later even removed my base layer under the long sleeve jersey. 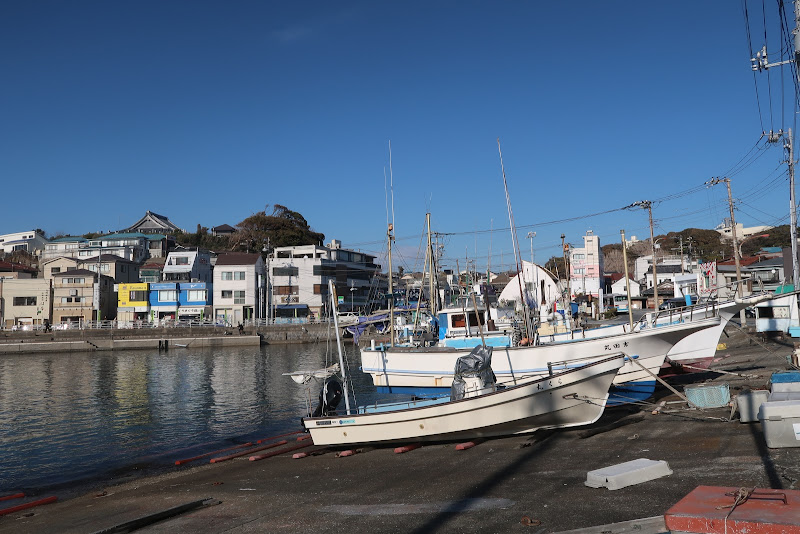 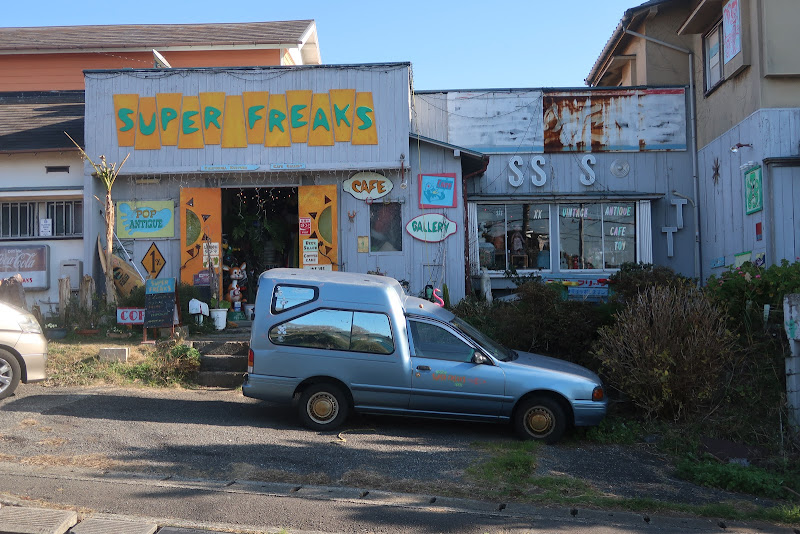 I passed Hayama, Zushi and Kamakura on the west coast, enjoying views of the ocean and Mt Fuji. After Enoshima the road turned off the coast and headed north. I had a comfortable time buffer and didn’t have to worry about control closing times.

It was still daylight at PC2, the last control. From here it was 31 km to the goal. Once the sun set, the silhouette of Mt Fuji in the dusk was still visible to the west and I stopped a couple of times for more pictures.

I arrived at the goal with about the last fifth of the participants still behind me. AJ NishiTokyo staff served hot drinks and snacks. We talked and took some pictures of each other and the arriving finishers. 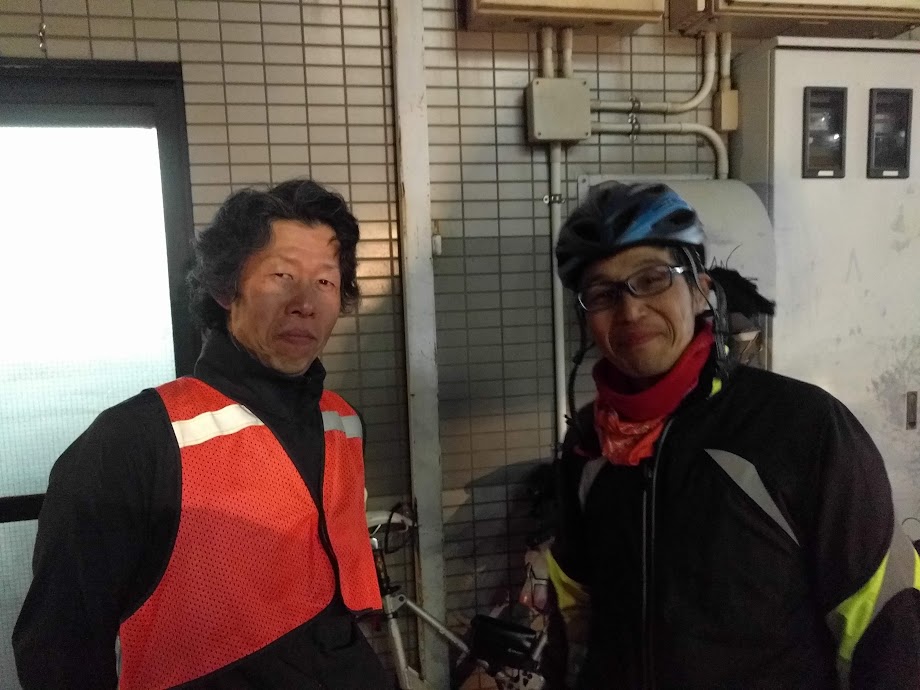 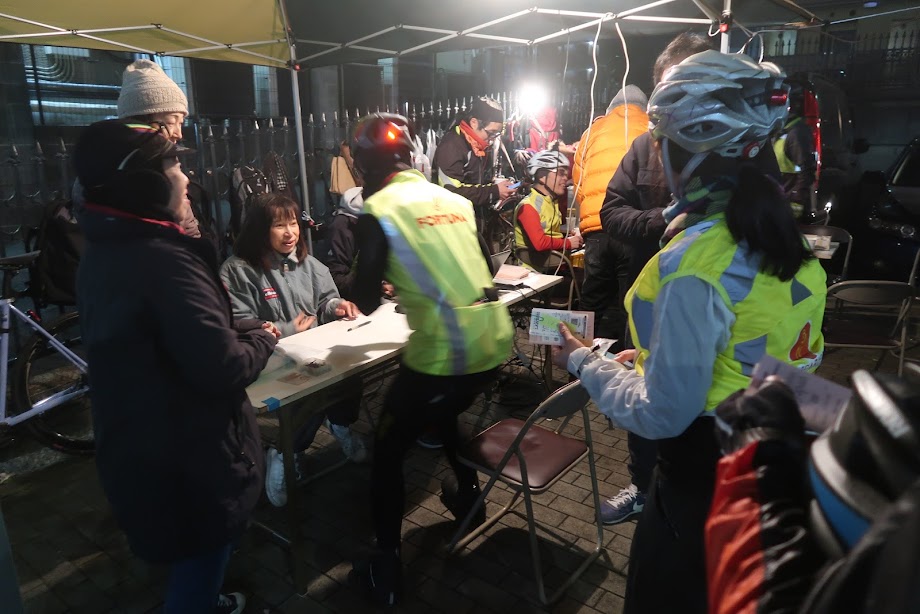 Outlook into the season

My next brevet will be a 200 km ride in west Izu at the end of March which will be a lot more hilly, but before that I will do at least one Century ride in February. In April I will be participating in a Flèche as part of a mixed 5 person team riding 360 km in 24h to meet up with other Randonneurs in Tokyo. Most likely I’ll also be riding a 400 km brevet in May. 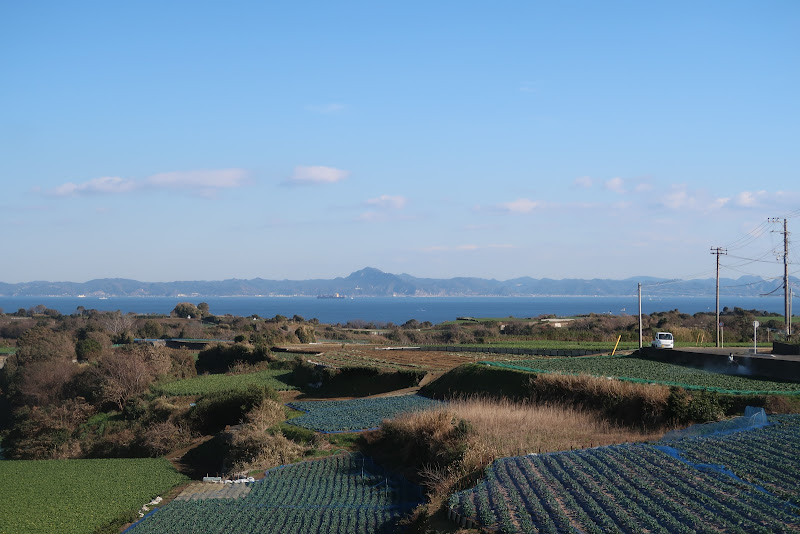 Attn: Domain Owner JOE WEIN
As a courtesy to domain name holders, we are sending you this notification for your business Domain name search engine registration.

This letter is to inform you that it’s time to send in your registration and save.

Failure to complete your Domain name search engine registration by the expiration date may result in cancellation of this proposal making it difficult for your customers to locate you on the web.

You are under no obligation to pay the amounts stated below unless you accept this proposal. Do not discard, this notice is not an invoice it is a courtesy reminder to register your domain name search engine registration so your customers can locate you on the web.

This Notice for: WWW.[MyDomainNameHere] will be terminated on January 4, 2018 Act today!

At the bottom was the following disclaimer, separated by many blank lines to make it unlikely that anyone would read it:

By accepting this proposal, you agree not to hold DS liable for any part. Note that THIS IS NOT A BILL. This is a solicitation. You are under no obligation to pay the amounts stated unless you accept this proposal. The information in this letter contains confidential and/or legally privileged information from the notification processing department of the DS. This information is intended only for the use of the individual(s) named above. There is no pre-existing relationship between DS and the domain mentioned above. This notice is not in any part associated with a continuation of services for domain registration. Search engine submission is an optional service that you can use as a part of your website optimization and alone may not increase the traffic to your site. If you do not wish to receive further updates from DS reply with Remove to unsubscribe. If you are not the intended recipient, you are hereby notified that disclosure, copying, distribution or the taking of any action in reliance on the contents of this letter is strictly prohibited.

This spam is deceptive advertising. Some people will make payments because they mistake the spam email for a domain registration renewal reminder, which it isn’t. Never do business with spammers!