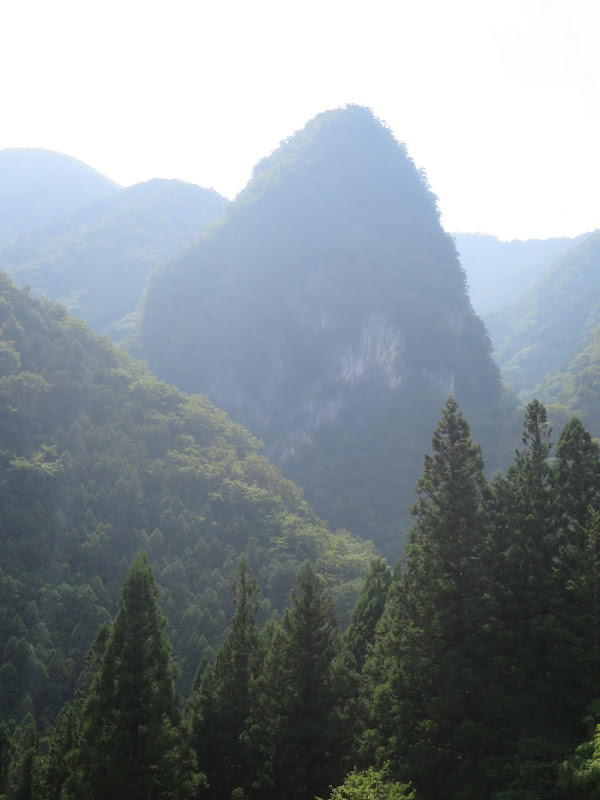 On Saturday I visited the Nippara limestone caves near Lake Okutama. A distance of over 200 km and temperatures as high as 33 C (91 F) in the high humidity of Tokyo summers didn’t make for an easy ride, but I got up at 04:15 and left home sat 05:10 to get up into the mountains as early as possible. The first 80 km took me from near sea level to around 1100 m at Kazahari Toge overlooking the lake.

On the way I met up with two friends in front of Musashiitsukaichi train station who were heading to a different destination. We chatted for half an hour and then rode 10 km together until where our ways parted at the Hinohara t-junction.

On the climb to the pass I came across three English cyclists. We met again at the Tomin no Mori trail head at 900 m, where I stopped for a break with coffee, ice cream and sansai (mountain vegetable) pizza. We talked about favourite routes and other bike related stuff. It turned out that one of them had participated in Race Across America (RAAM) in a team twice! 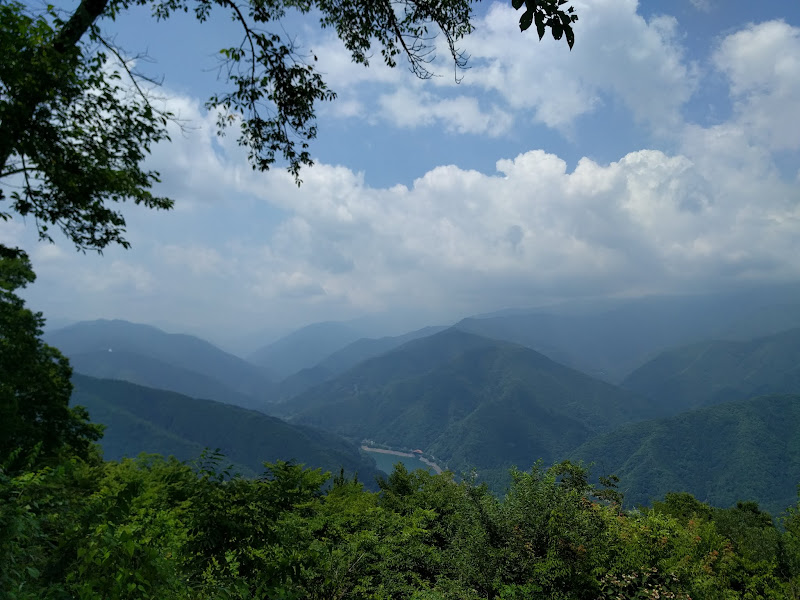 From the pass it was a great descent for about 12 km down to the lake. The water level is extremely low this year as the winter snow had been weak and the rainy season in June/July, though it lasted much longer than usual, did very little to top up the reservoirs. It was the same at a dam in Chichibu the previous weakend. Droughts are very unusual for Japan, but unless the typhoon season brings more rain than usual we may be heading for one 🙁 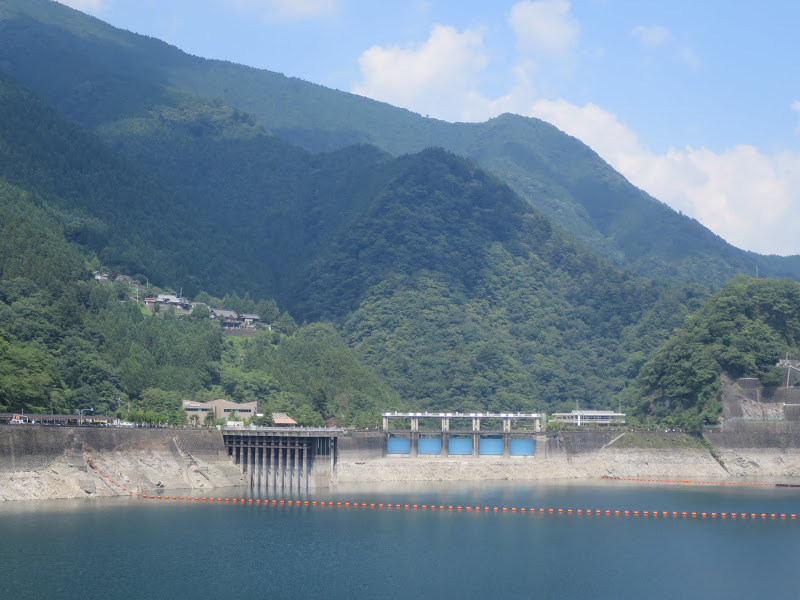 I followed the road around the lake shore towards Okutama station. It’s a route I normally avoid, in fact I normally climb back up again to Kazahari Toge to catch some evening views from high up. But this time I was interested in the Nippara caves that I had seen on the map when I checked out the area for hiking to the shrine on Mt Mitake with my wife a week ago. According to the signs the caves were 12 km from the station, up a remote valley. Okutama station is the end of its railway line. It hosts the last convenience store for many km as you head out this way from Tokyo. 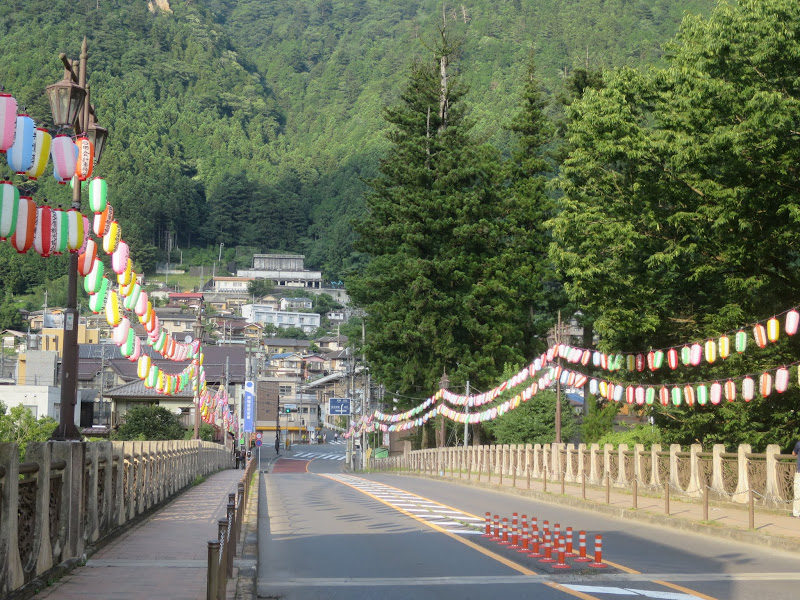 When I came out from a public restroom at the station where I had refilled both my bidons from the tap, a local was admiring my Elephant NFE leaning against the wall. He commented how unusual it was to see a Randonneur bike with disk brakes and asked if he could take a picture. I explained that I was doing a lot of long distance riding and the weather was not always predictable, so being able to brake reliably in the rain was important to me. I asked what the road to Nippara was like. He said it was very narrow and I should be careful, there was not much space for cars to pass and there might be dump trucks too, but at least it was mostly flat. I thanked him, got some food and drinks at that last convenience store and headed up the road. 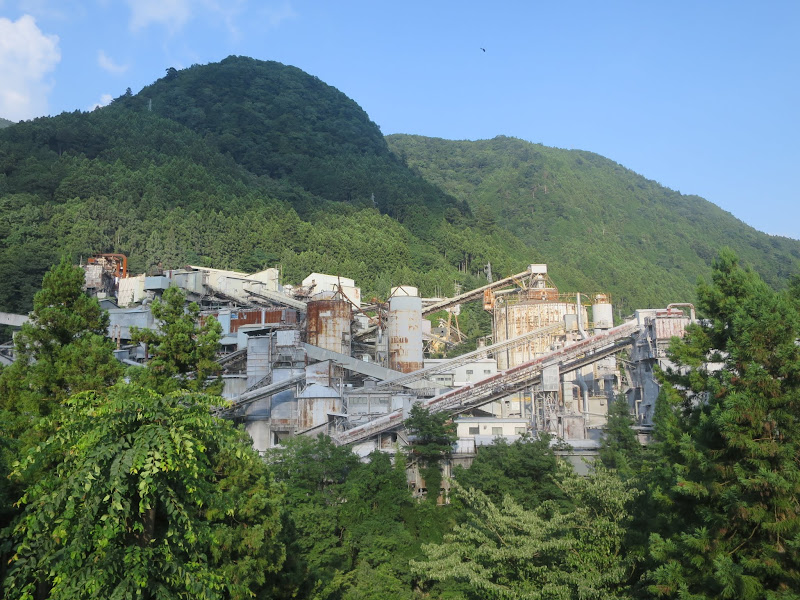 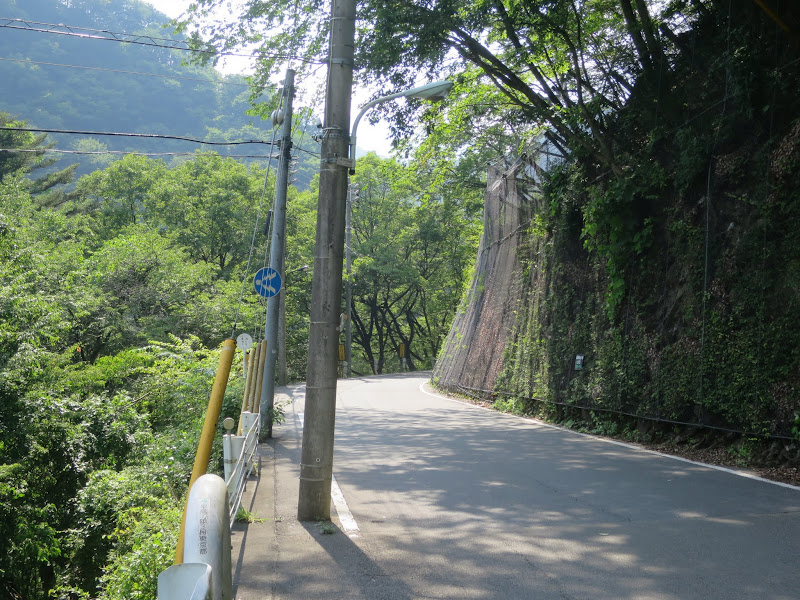 Flat the route wasn’t, but 275 m of elevation gain over 12 km wasn’t too steep. There was one long tunnel (1100 m), but with a wide side walk for pedestrians and cyclists. The sides of the valley were extremely steep, with the boulder strewn river often far below the road. It was very picturesque. In the last village with its bus stop I saw many hikers returning from the cave. There was a big queue of cars waiting for space in the limited size car park, which I could pass on my bicycle. 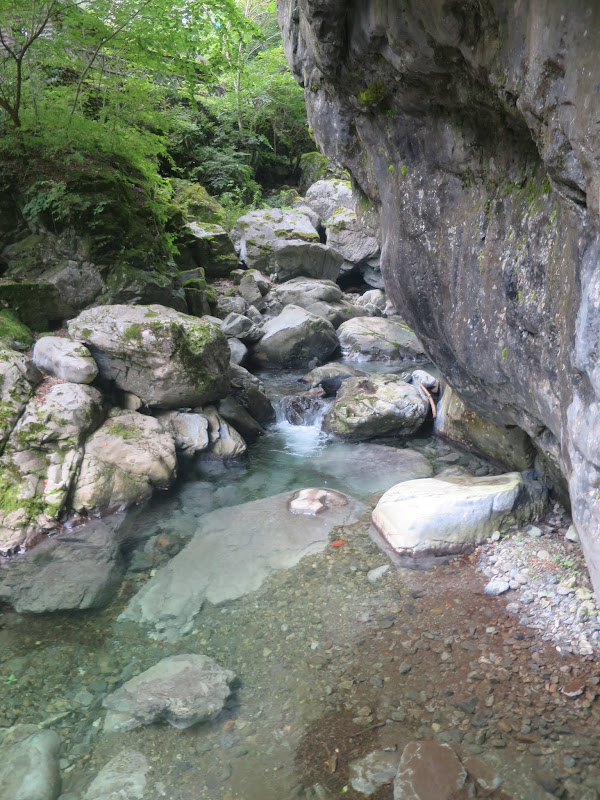 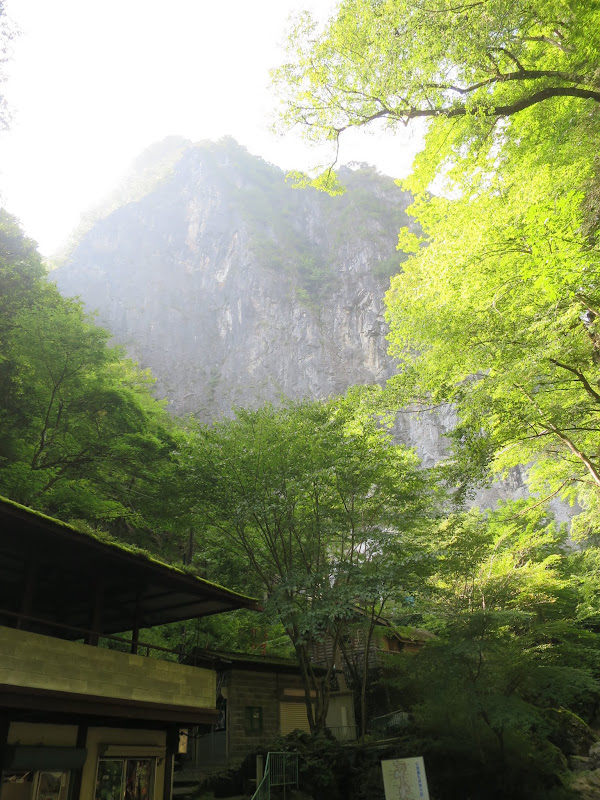 I put on my wind breaker against the chill inside the cave. Admission was 700 yen (about US$7). It was 11 C (52 F) inside and what I first mistook for steam on the river in front of the entrance (was there a volcanic hot spring nearby?) turned out to be fog from the mix of cold cave air with the outside moist summer air. 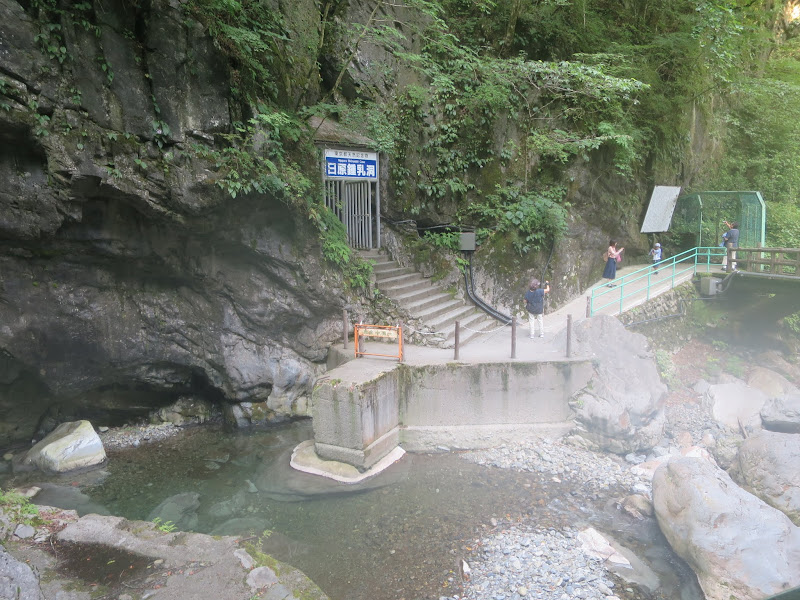 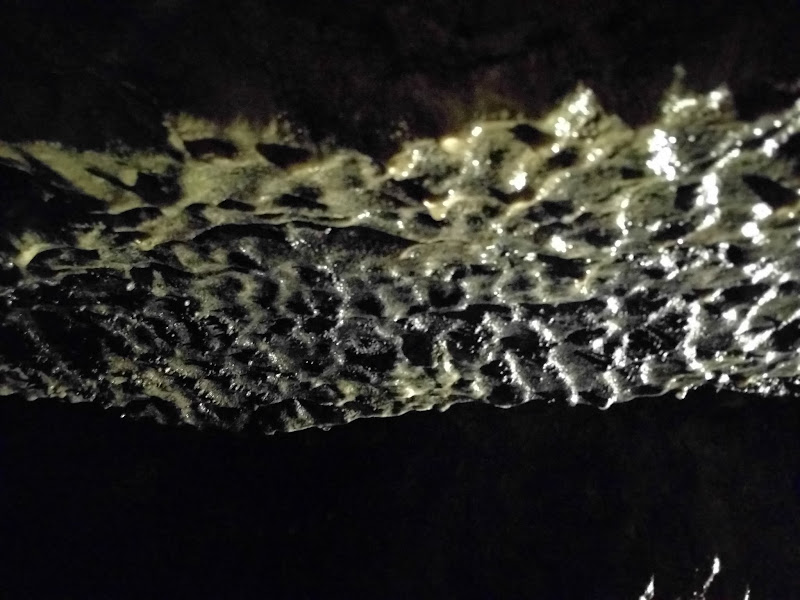 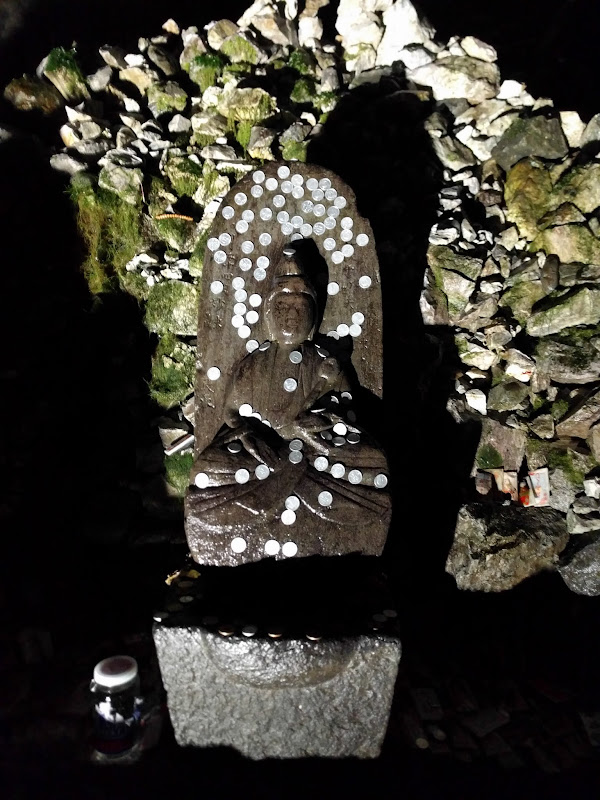 Though the stalagmites and stalactites were not as impressive as in some of caves in the Bavarian Jura region where I come from or in the “Franconian Switzerland” region near Nuremberg, the cave has also been venerated as a Shinto shrine since the early Edo period (~1600-1868), with various religious statues visited by pilgrims from afar deep inside the cave. I explored the corridors, rooms and tall stairs for about half an hour before I re-emerged into the daylight. 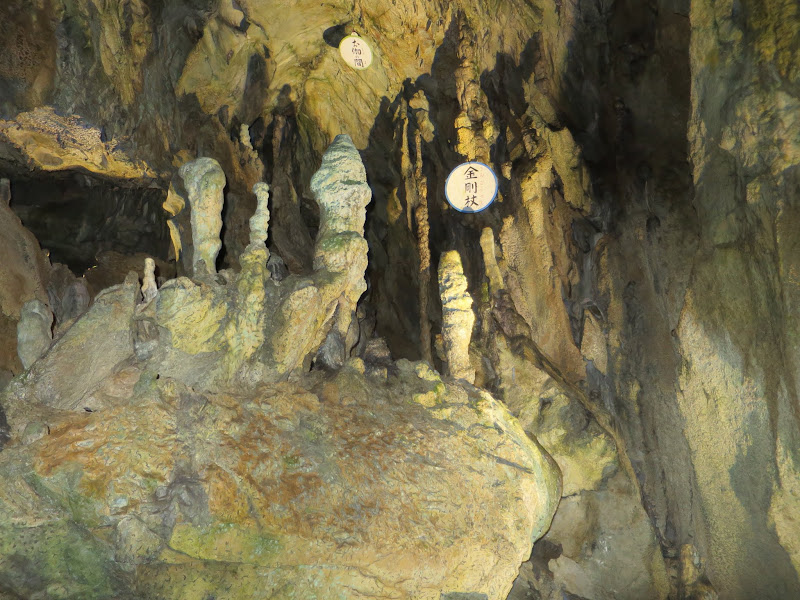 I was glad the return back to Okutama was mostly downhill, same about the road from there to Oume station. From there it was another 3 hours or so of mostly flat urban roads back to my home in Tokyo. 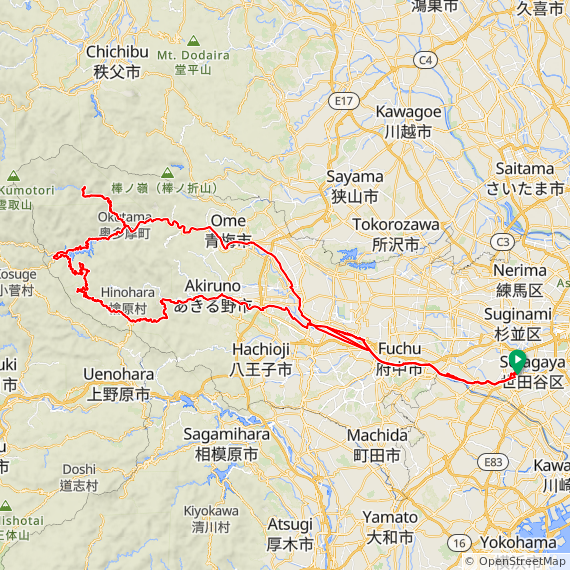