Mitt Romney, the Republican candidate for US president, recently made headlines by proposing that under his policies the US could become independent of energy imports by 2020. To make this claim slightly less incredible (the US uses 20% of the world’s petroleum while holding only 3% of its proven reserves), he included Canada and Mexico in his plan, effectively widening the scope to all of North America. The essence of his plan, which was received favourably by conservative media, are policies to boost hydrocarbon output (oil and gas production). The aim of the policy is to create jobs in exploration while keeping energy costs low for consumers, boosting the economy.

Let us assume that government policy could actually significantly boost oil and gas production. What effect would that have on the US and world economy in the next decades?

There was a time when the US was largely self sufficient on petroleum. Output was growing rapidly until the 1940s. However, new discoveries could not keep up with the rate of depletion of old wells. Production in the contiguous 48 states peaked in the early 1970s. The US became increasingly dependent on imports for oil supplies.

Worldwide hydrocarbon reserves are limited. There will come a point when worldwide production will peak (some believe it has already been reached) and from then on, rising oil prices will ensure that consumers reduce their demand to match available declining production.

Let us assume that, thanks to Mr Romney’s policies, oil and gas production in North America will magically rise enough to cover the entire amount currently being imported from the Middle East, South America and elsewhere (an assumption that is extremely optimistic according to experts). The amount currently imported will then become available as extra supplies to China, India, Brazil, Europe, Japan and other countries, keeping energy costs low for them and allowing them to compete more effectively with US manufacturers over the next decade.

At some point those new oil wells, shale gas wells and tar sand pits will run dry too. What then? By then oil will be a far more scarce resource, with more cars, motorcycles and power stations in China, India, Brazil, Thailand, Malaysia, etc. burning it than today, as those economies will have been rapidly growing. At that point the US will have to revert to buying oil from Saudi Arabia again, whose reserves are estimated to be more long-lasting than North America’s. It will have no reserves left to replace those premium price imports then. Every dollar saved on import substitution in the next couple of years could cost US consumers 10 dollars then.

Imagine a world in which the price of oil were to double every decade. The oil in the ground in North America won’t go away unless it is pumped up and used. Why would you want to consume it while it’s worth only $70 a barrel instead of when it’s $140 or $280 a barrel? In a world of rising prices it pays to be a buyer early and a seller later.

Perversely, one of the beneficiaries of US policies on oil could be Iran. Economic sanctions linked to the country’s suspected nuclear weapons program have depressed Iranian oil sales. The more slowly Iranian oil reserves are depleted, the more Iran will benefit economically from these reserves when they are eventually used after oil prices have gone up. 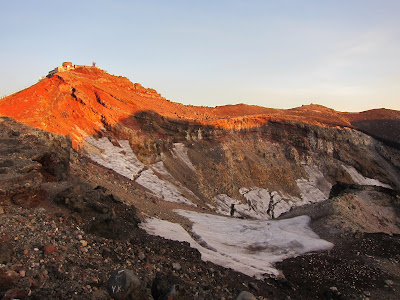 I am back from my second climb of Mt Fuji. All the 26 members of our hiking group (from age 8 to about 70) made it to the top and back down again. We started from the Fujinomiya 5th stage and also returned via there. My first climb had been about 11 months ago.

On the first day we hiked from 2400 m to 3460 m in about 5 hours. Then around 3:20am the second day we set off from the 9th stage mountain hut, ascending another 300 m of altitude in darkness to reach the peak before sunrise. 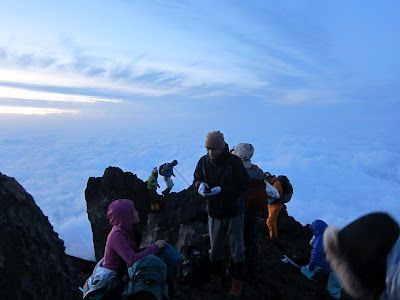 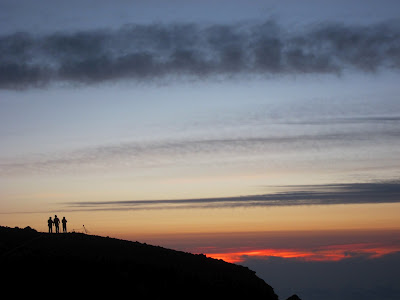 After descending back down to the 9th stage we hiked over to Mt Hoei, a crater on the side of Mt Fuji created by the most recent eruption in the 18th century. 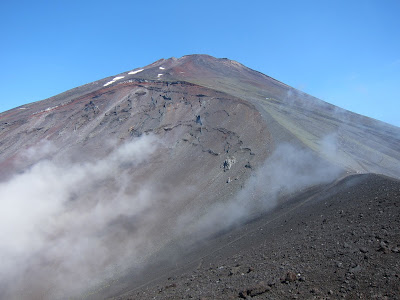 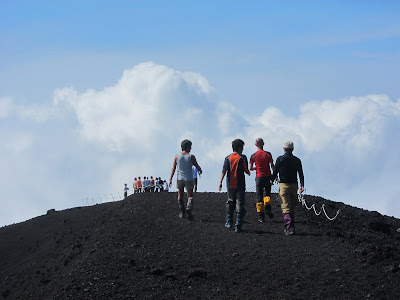 I had never seen the eruption site of Mt Hoei from close up and it looked most impressive. Much of the hiking was in what looked like fog but was the clouds that surrounded the mountain. We had lots of views on to a sea of clouds from the top. 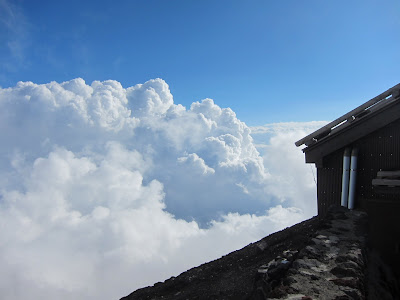 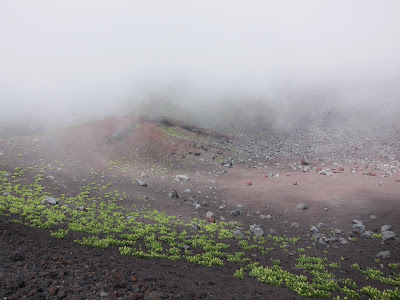 A lot of people suffer from altitude sickness on Mt Fuji because there is about 35% less oxygen at the top than at sea level, which in combination with the exercise leads to rapid breathing that can turn the blood alkaline (CO2 depletion). Above 3400 m I too got a headache at times, but unlike my Japanese friends I never used canned oxygen during this hike.

The weather was ideal, but it was still only a cool 12 degrees C in the sunny afternoon at the mountain hut and below freezing at the top before sunrise, with strong wind (I saw frozen puddles). Imagine going from a hot humid summer day in Tokyo to a cold windy February night within just a couple of hours and you have a good idea of the contrasts of a Fuji climb. Winter clothes are definitely needed for a sunrise climb, the warmer the better. Good hiking boots are recommended at any time and don’t forget your camera! 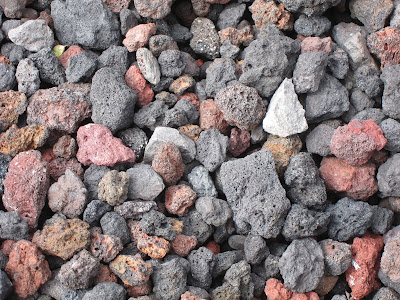 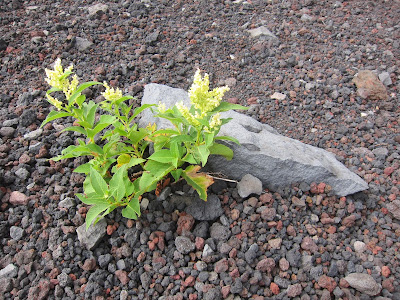