I survived my second Flèche ride from Toyohashi in Aichi prefecture back to Tokyo (on Strava) and my third Flèche overall. 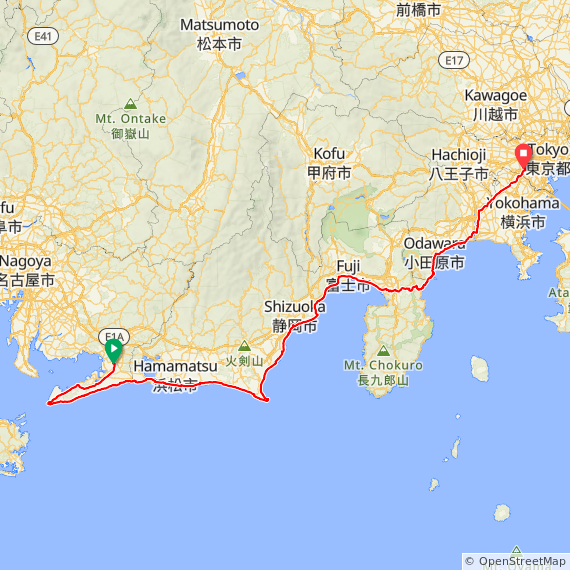 Although we officially did not finish again, I rode 401 km altogether from Saturday morning to Sunday afternoon, including the entire 368 km route as planned, just not within the set hours. A Flèche is a randonneuring event where teams of 3 to 5 machines (tandems only count once) ride at least 360 km in 24 hours towards a central location / meeting point. At least 25 km have to be covered after hour 22 of the 24 hour ride. It was organised by AR Nihonbashi.

We used almost the same course again as last year, only the part close to Tokyo was different. The biggest difference overall was that it didn’t rain all day on Saturday as it had last year. Therefore I rode the whole day in shorts instead of in rain gear and the temperature was much more pleasant too.

To get to the start, I drove to Aichi by car the day before (I can’t rinko my Elephant Bikes NFE). I was joined by my wife and my son. Together we visited Cape Irago (Iragomisaki) on the Atsumi peninsula of southern Aichi. After dropping me off they drove back to Tokyo. The peninsula is beautiful. I was impressed by the natural forests that are a sprinkle of different colors, unlike around Tokyo where much of the current forests are regrown mono-cultures planted after post war clearcutting.

I had dinner with two other team members, then went to bed at 21:00. 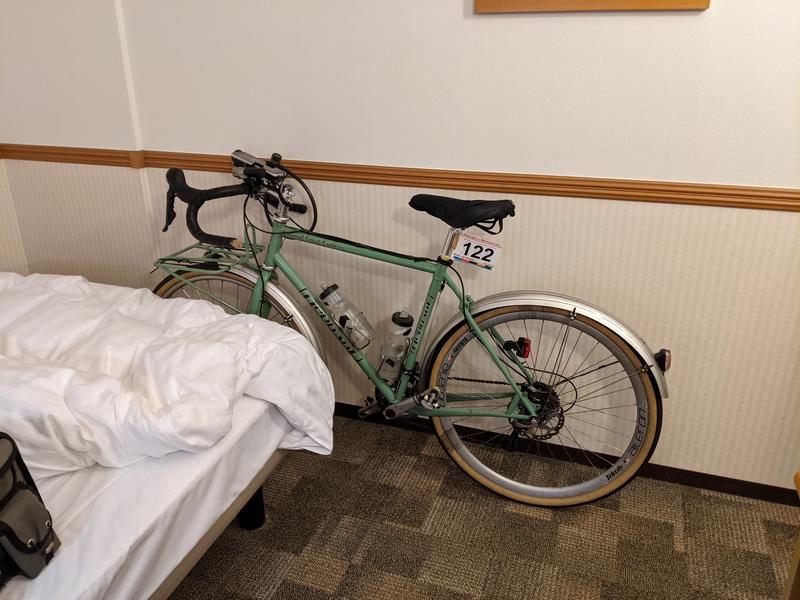 It was a 20 minute ride to the official start at a 7-11 on the outskirts, where we set off at 07:00. We head a very pleasant tailwind on our ride through farm country out to Iragomisaki, where we uploaded a group picture in front of a road sign to prove passage.

The view from the road next to the Irako View Hotel (伊良湖ビューホテル) was breathtaking. You could see the coast of Mie prefecture on the other side of the entrance to Ise Bay and various islands in the sea. I took in the view but we didn’t stop for a picture. Here’s a picture from Wikipedia (By Bariston – Own work, CC BY-SA 4.0):

We headed into the headwind that would be blowing in our faces for the next 120 km. Sometimes we took turns leading the ride. Many of the farmhouses had a storehouse between it and the coastal side, probably to block the wind.

There were also many greenhouses. Regardless of shape and size, glass or plastic they all seemed to have fuel oil tanks with the JA logo (Japan Agricultural Cooperatives), so it’s a safe bet that JA sells most of the fuel oil consumed to help grow crops in the cold season. Lots of signs advertising melons which are currently out of season but we came across many kei trucks loaded with cabbages. 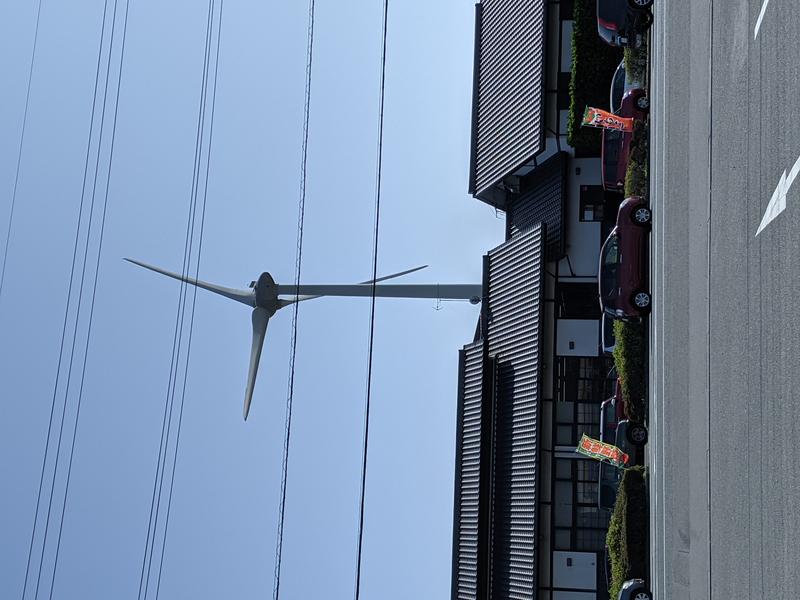 There were many wind turbines in Aichi and also Shizuoka, as well as many photovoltaic installations. Their ubiquity there highlighted for me how few of them we have in Tokyo and Kanagawa. Perhaps Chubu Power is easier to deal with for feed ins than Tepco is, especially for wind power.

At noon we stopped for lunch at a ramen and gyoza place about halfway between Cape Irago and Omaezaki.

As we passed the former Hamaoka nuclear power station (it is permanently shut down) we were passed by a group of three cyclists on mamachari. Actually, one was a hybrid bike with flat bars while the other two were bona-fide mamachari. It was team ”マチャリはロング向き！” (“Mamachari is suitable for long rides!”) running in the AR Nihonbashi event and they were steaming ahead of us. 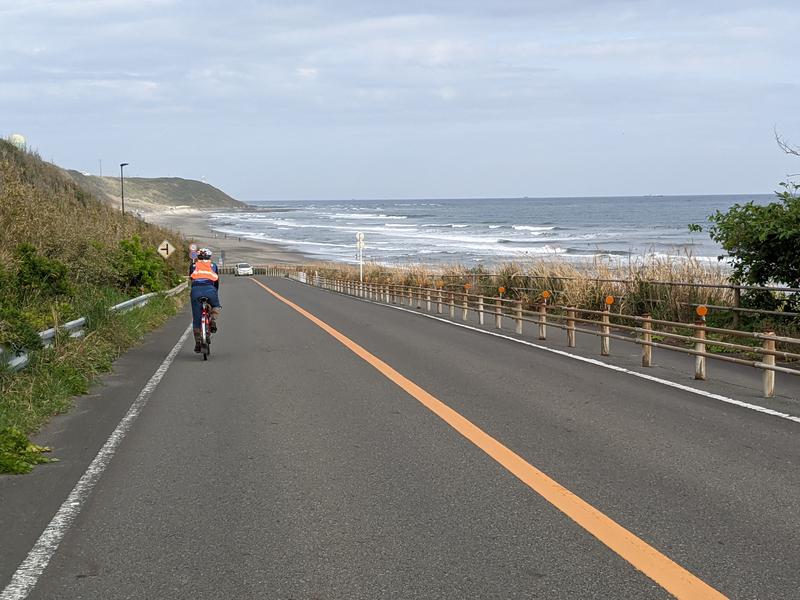 As the course turned north here, the headwind ceased and became more of a tailwind again. It got dark near Shizuoka City. 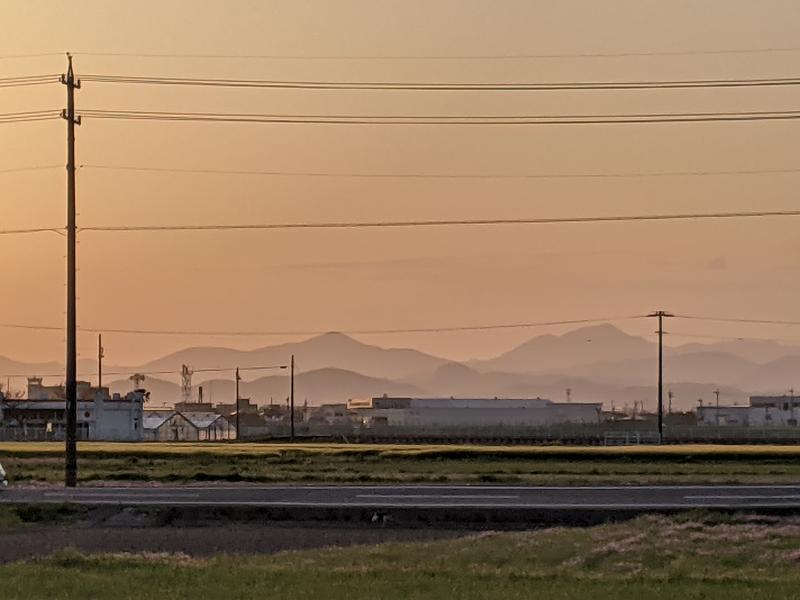 I had felt a bit sleepy after lunch but then felt OK again. Over the next couple of hours others became sleepy as we were riding through the dark and it became more and more of a problem.

I wasn’t able to see Mt Fuji on the drive on Tomei expressway on Friday because of low clouds and now I couldn’t see it because it was night time. After crossing Fuji city and Numazu we started our climb in Izu towards Atami toge. When we finally got to the top, we had to take another power nap break at the tunnel entrance. We put on all our extra clothes for the steep descent down to Atami (13 percent). After that my rear disk brake, which recently had been very noisy and not very effective (maybe due to oil contamination from the chain) has been working perfectly again, as the heat and wear effectively decontaminated it.

Dawn approached as we headed from Atami to Yugawara and Manazuru. 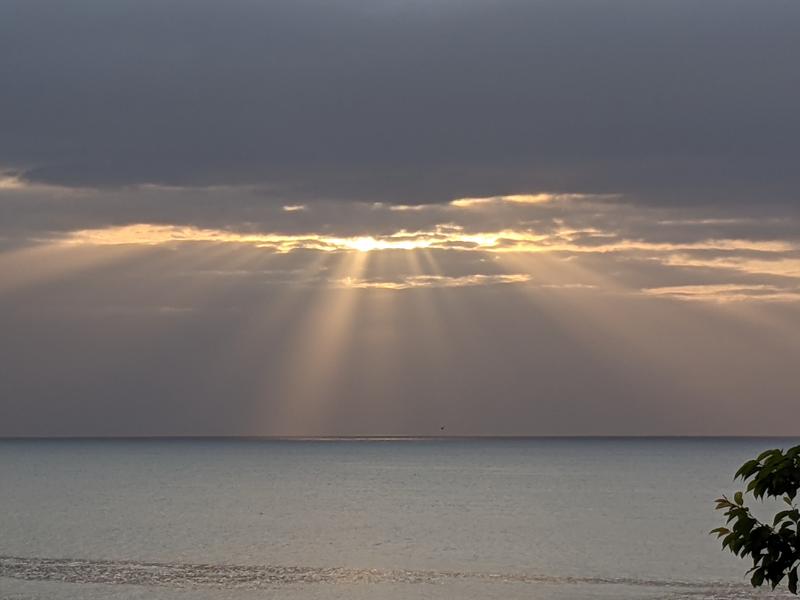 We had burnt up most of our time buffer for the sleep break planned at the 22 hour stop by then, but the sleepiness in the team only got worse. So after another long break at Manazuru we sent in our DNF-notification to the event organiser. We headed to Odawara and had breakfast at the station.

After that, my friends rinko’ed their bikes for the train home while I continued on the planned route to Yamato, then another 26 km to my home. I also needed a few naps to get me home safely. 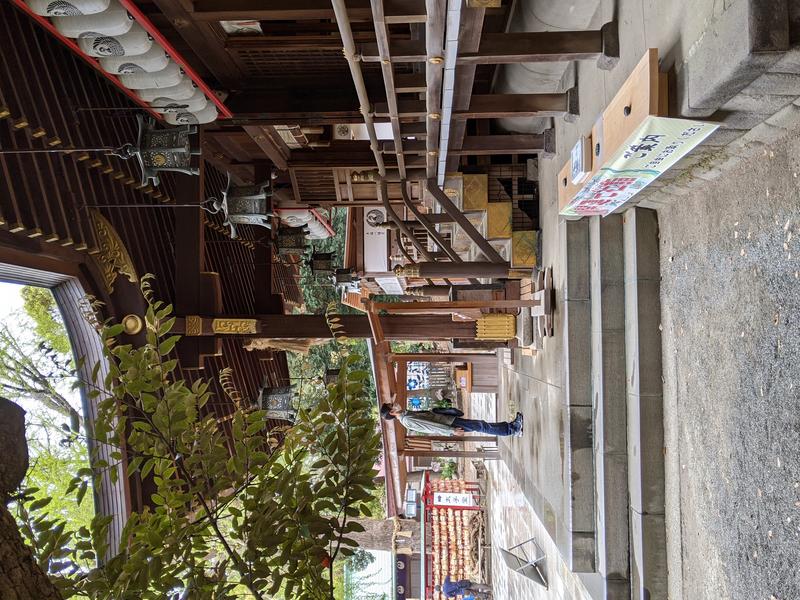 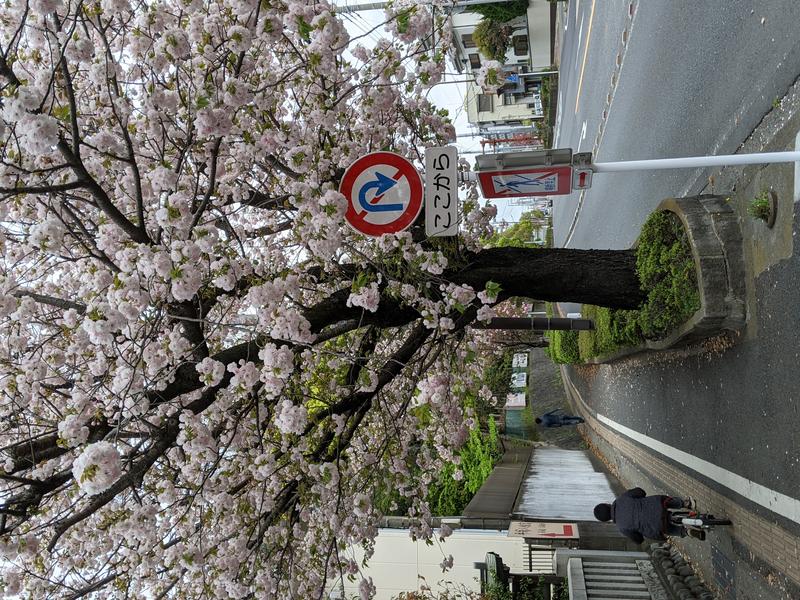 With this ride, I now have 104 contiguous months of Century a Month.

I may join a 400 km brevet later this spring and a 200 km brevet or two again after the summer.

As for the Flèche that we DNF’ed twice now, let’s see what we can come up with next year. We may just try it again a third time 🙂