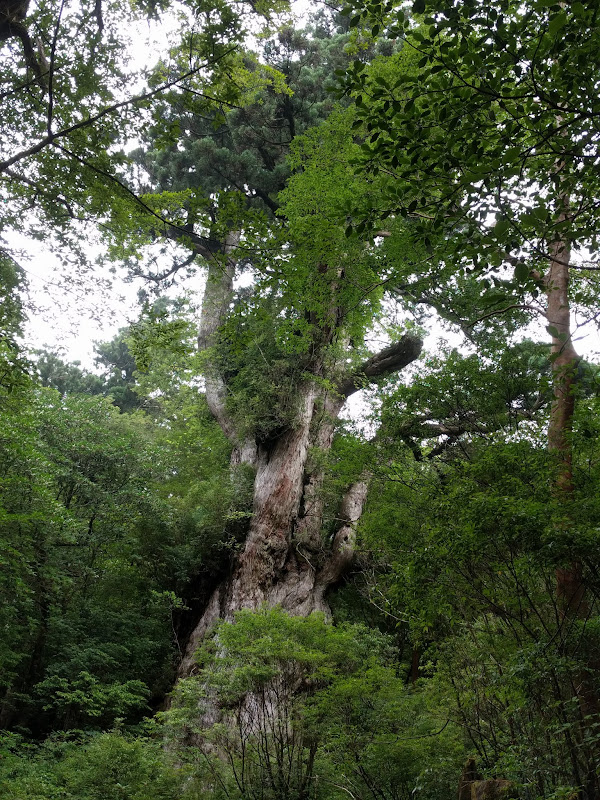 Eight years ago I visited Yakushima island near Kyushu/Japan with my family. We did a lot of hiking to see the ancient Cryptomeria trees in the lush green mountains, but we did not try to go to Jōmon Sugi (縄文杉), the oldest and biggest tree on the island. It is estimated to be around 2000-7000 years old. Visiting it involves an all day hike. At the time I thought it was a bit far for my kids to hike.

Most people take a bus to the Anbo trail. Starting from the Arakawa trail head they walk along the tracks of the old narrow gauge railway previously used for logging. From there they follow the Okabu trail, which consists of a combination of dirt tracks, wooden steps and board walks. The route passes by Wilson’s Stump, the hollow remains of an even bigger tree, the size of a small living room.

The round trip on this route takes about 9-10 hours. People often leave their hotels at 04:00 to catch the first bus to the trail head at 05:00. The last return bus from the trail head leaves at 18:00.

Looking at the map (PDF here), I saw that one could avoid the buses by starting at Shiratani Unsuiko, climbing over the Tsuji Toge Pass and joining the Anbo trail about halfway to the turnoff for the Wilson stump. It involves a lot more climbing and descending, but the up side is that one is not tied to the bus schedule, no need for bus tickets and last but not least, Shiratani Unsuikyo is one of the most beautiful parts of the island. Furthermore, not far from Tsuji Toge Pass lies Taiko Iwa, a rock overlooking a mountainous valley with spectacular views. 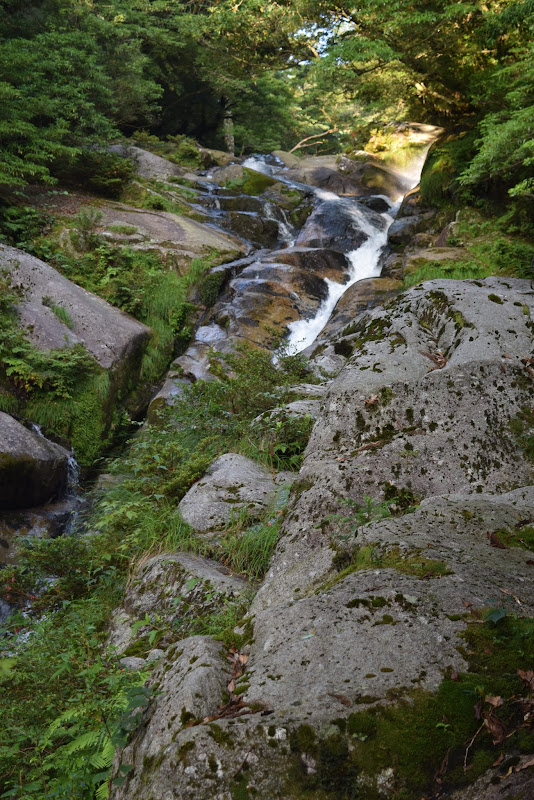 We left the hotel in Miyanoura at 06:30. The hotel had prepared two lunch boxes for each of us, one with breakfast that we had in our room and one with lunch for during the hike. After driving up the steep road to Shiratani Unsuikyo high in the mountains, we parked the car in the car park and started to hike. 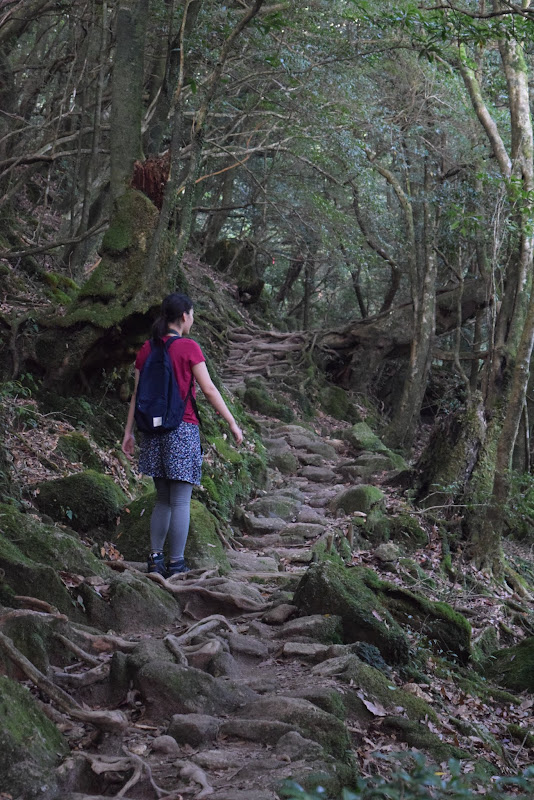 It was hot and humid but at least we were mostly walking in the shade of the dense forest. 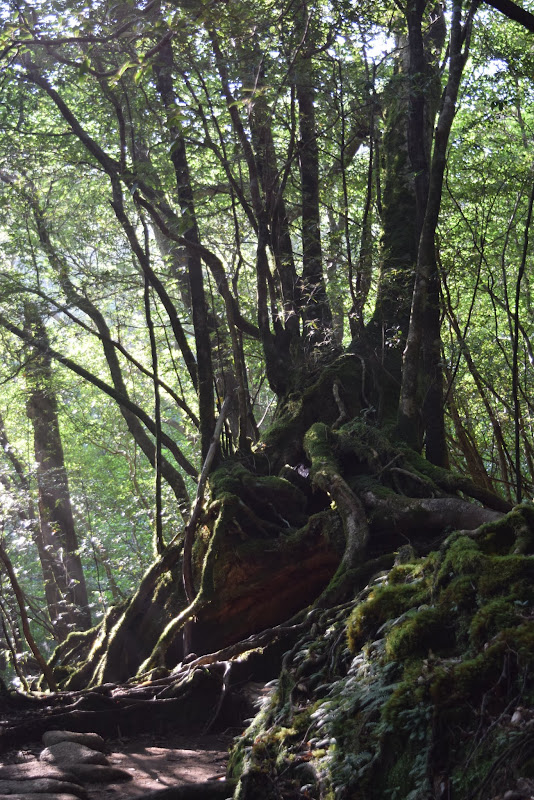 At the Shiratani mountain hut I filled up with water. From the pass we climbed the trail up to Taiko Iwa. It was at least half an hour of detour, but we spent quite a bit more on taking pictures at the top. 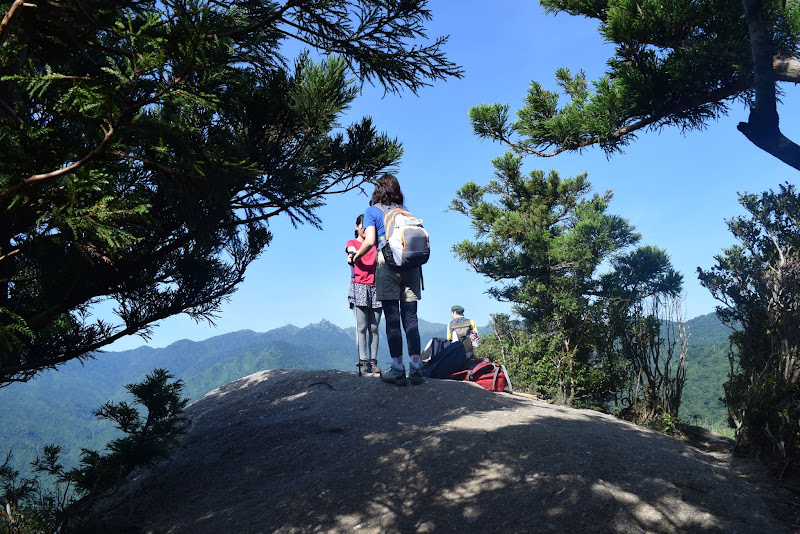 A tour guide we met there told us we were probably a bit too late already to still make it to Jōmon Sugi in time to be back at the car park by the evening. Still, we decided to push on and see by what time we could make it to the Wilson stump. I reckoned, if we could make it there by noon we’d be at Jōmon Sugi by 13:00 and back at Shiratani Unsuikyo by 18:00, with about an hour spare before it got dark this time of the year. 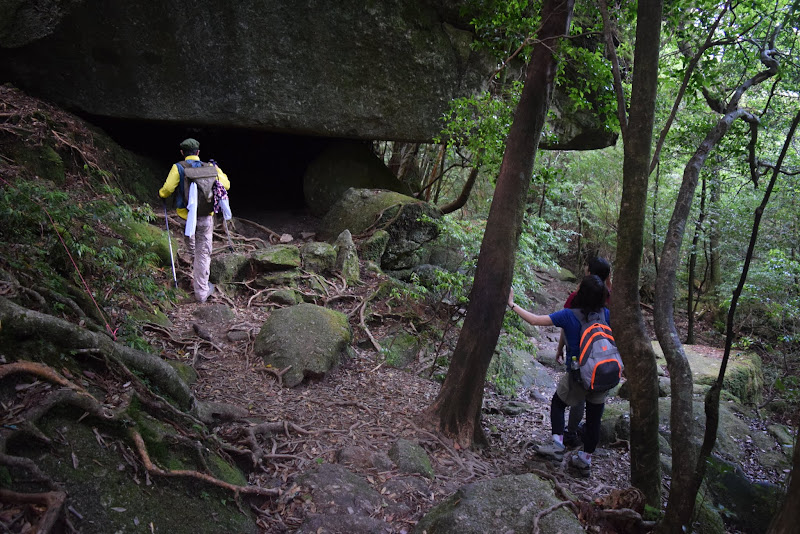 Personally I find descents on foot harder than climbs, because they exercise muscles that only get used going downhill whereas climbing is much more similar to the kind of cardio exercise I get from cycling that I’m used to.

After about half an hour of descent we reached the old railway tracks, with wooden planks in the middle that made it easy to walk fast. 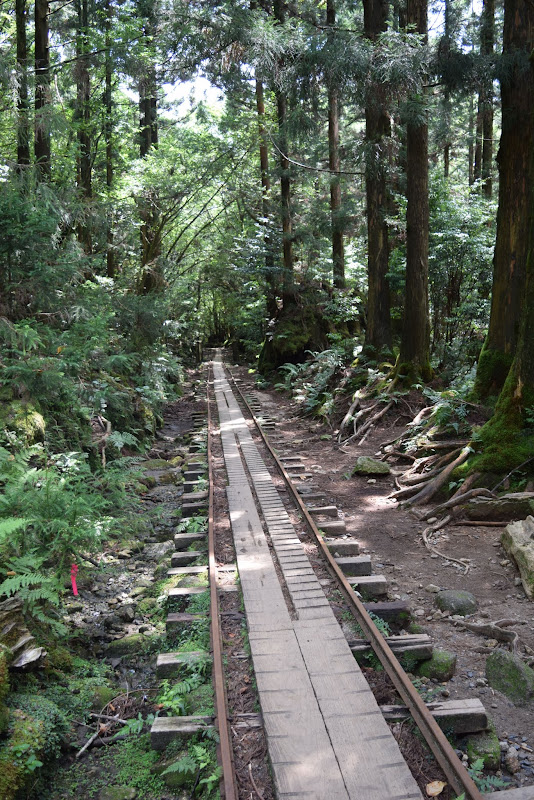 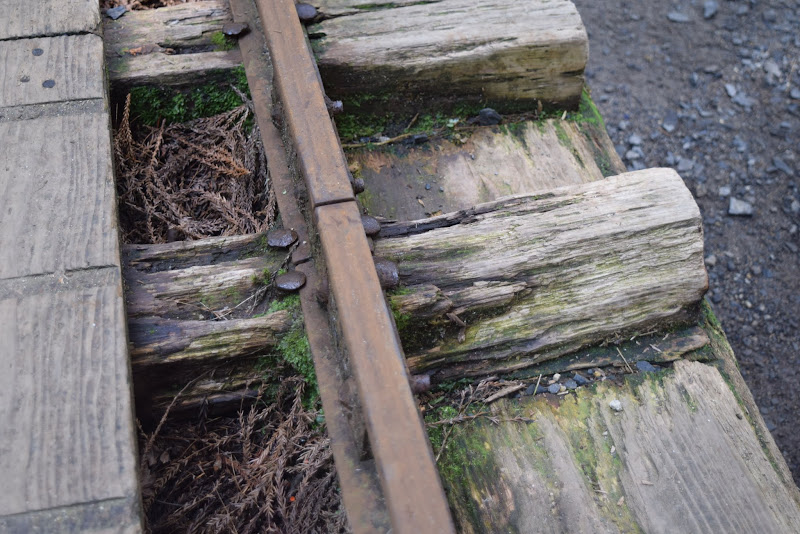 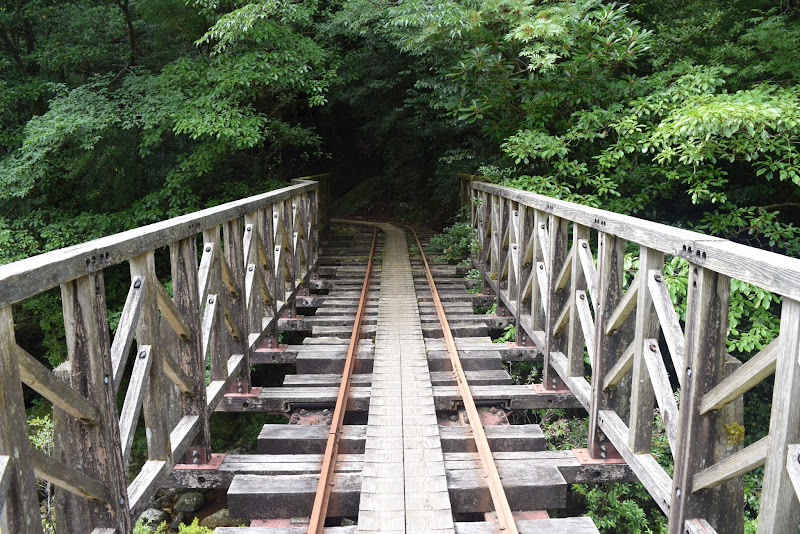 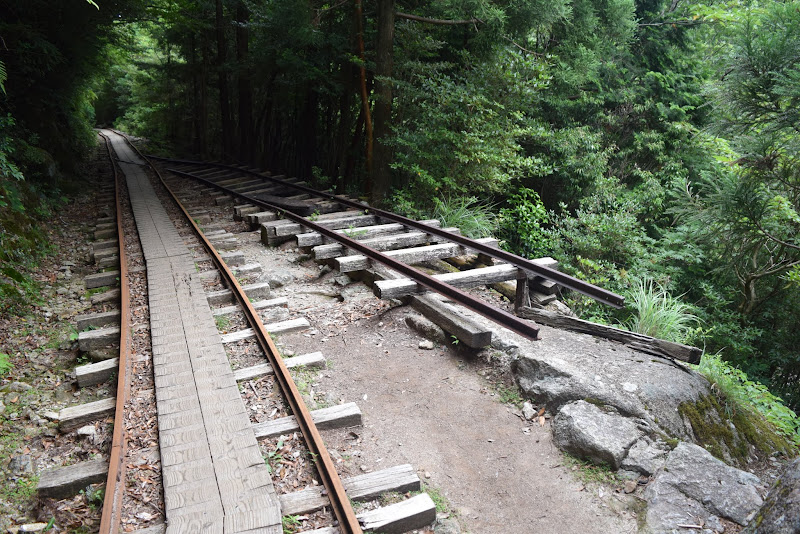 After maybe an hour we reached the turn-off for the Wilson stump. From here the course was a lot harder again. Especially the stairs were very hard on the legs. 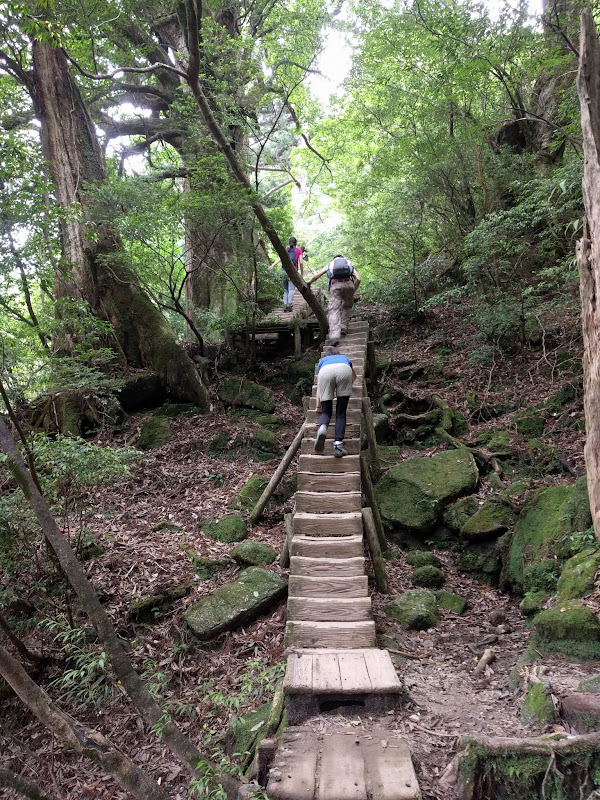 We encountered some people heading back already. Many groups of people were resting by the side of the trail, either already return from or still heading to the tree. 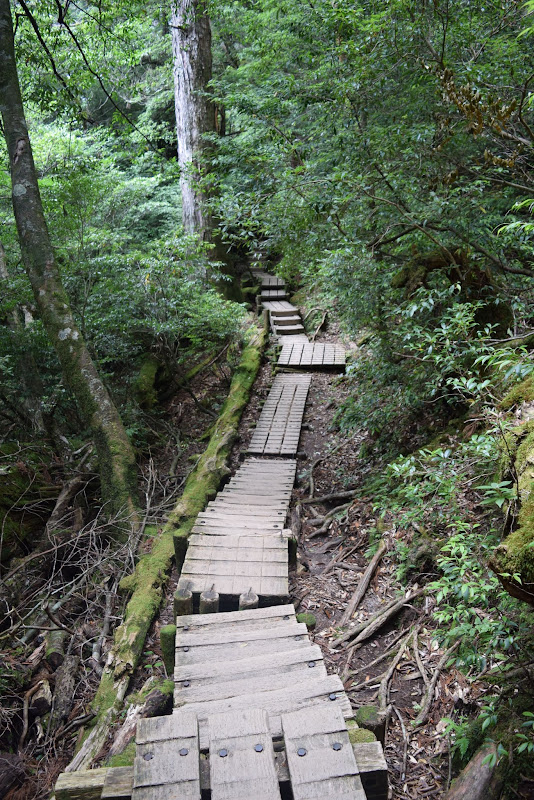 There are two large viewing platforms near the tree, one below it on the hillside, one above it. For protection you can’t approach the tree itself anymore. 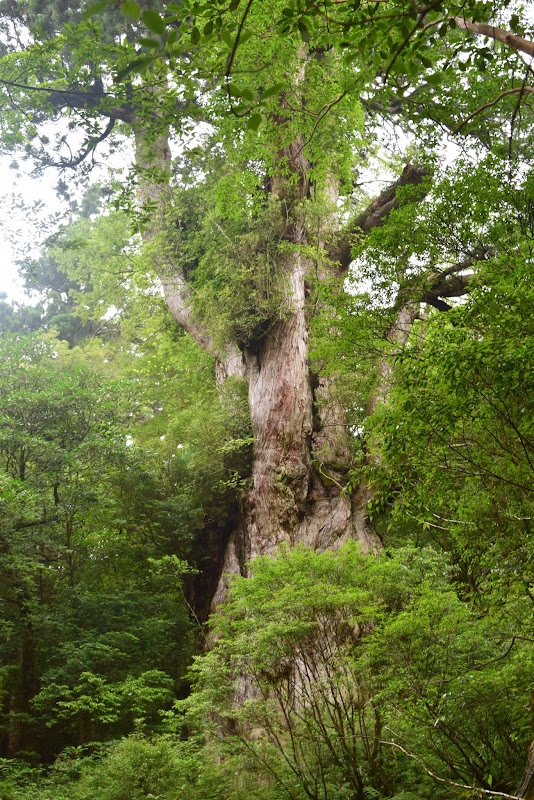 It was still a little before 13:00 when we started the hike back. With about six hours until sunset I was pretty sure we would make it, but it was going to be hard. There was a lot of up and down back to the Wilson stump and the Anbo trail. We rested a while at the Wilson stump, after going inside and taking pictures (there were about 8 people inside the stump at the time). 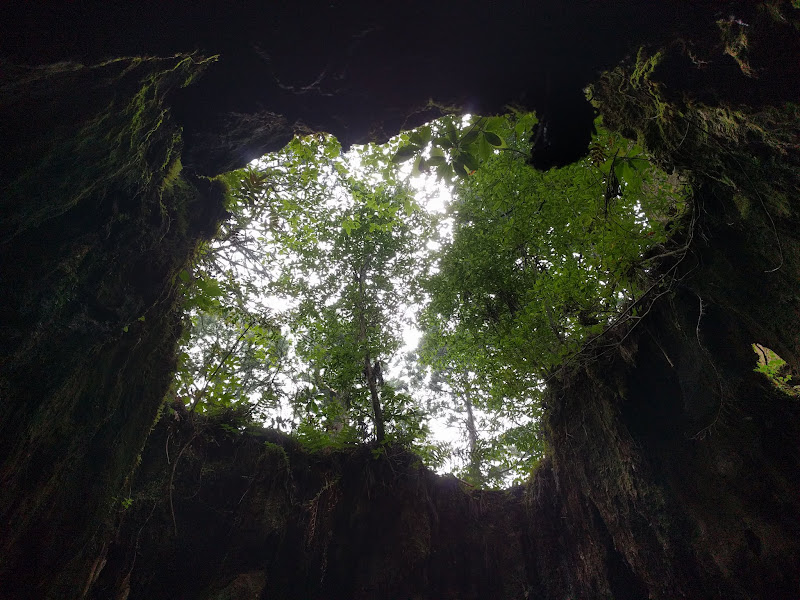 We were totally drenched in sweat by then. I had brought a towel to wipe my sweat but it was already soaking wet. All my clothes were soaked through. Paper tickets in my backpack dissolved. 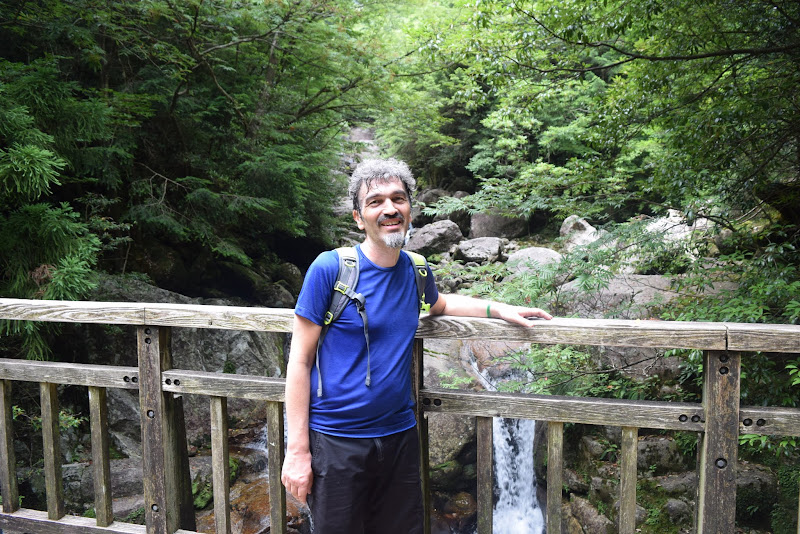 I slowed down on the Anbo trail. With the goal of making it to the tree before cut-off time gone, I just wanted to make it to the end with the least amount of pain.

We rested again at the public toilets before the climb back up to the pass. Again I found the climb easier than the descent because my wife and kids slowed down more climbing while I had fallen behind on the descent.

The last kilometers from the Tsuji Toge Pass down to the Shiratani Unsuikyo car park were the hardest. All my muscles were sore. 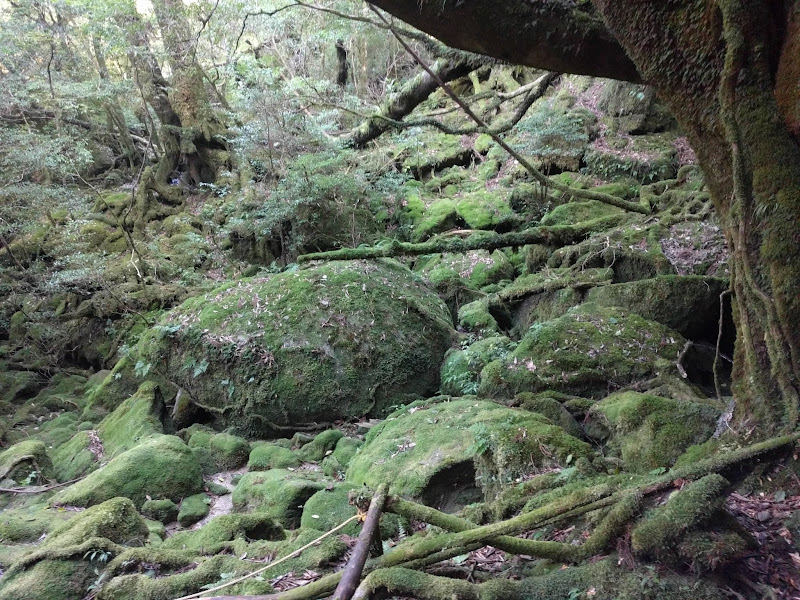 A few hundred meters before the goal we soaked our feet in the cool water. 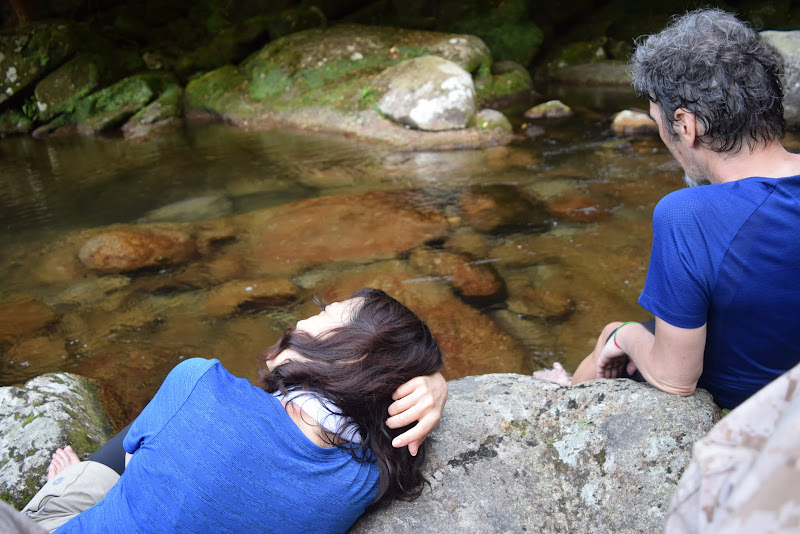 On the way down to the coast we passed some Yakushima monkeys. There are many of them all over the island, but especially on the mountains and on the west coast. 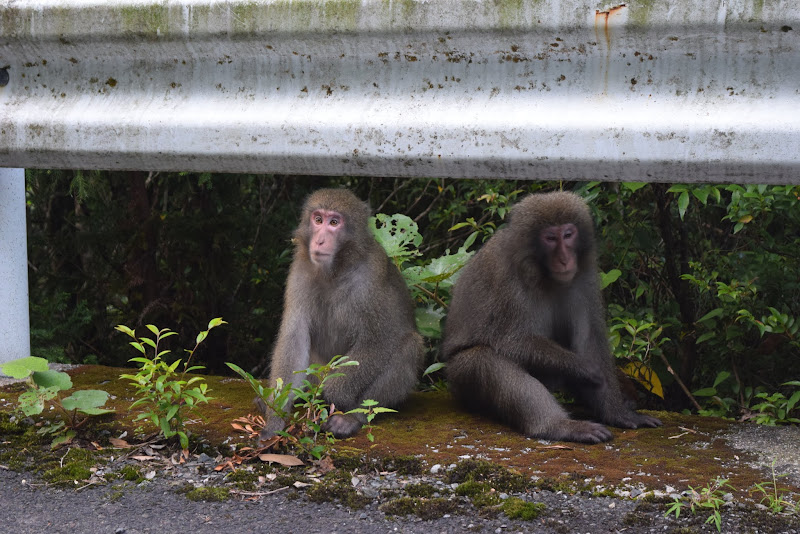 My legs were sore for several days after the hike (probably not helped by a canyoning tour the very next morning, which by itself was a lot of fun).

It was a great adventure to combine Jōmon Sugi with Shiratani Unsuikyo and Taiko Iwa. The latter two are definitely a local highlight, and much more interesting than Jōmon Sugi, which even though it’s impressive, is no match for the variety of stunning views at Shiratani Unsuikyo.

One of the hotel staff, who was a keen hiker, told us that even though he had also done the combined route, he had only ever done it once because it’s so hard. I can understand that.

If you want to see Jōmon Sugi, the conventional route on the Anbo trail is much easier, but then you should definitely also go and see Shiratani Unsuikyo separately.

When I next visit Yakushima, I probably won’t be hiking to Jōmon Sugi again, but I would love to visit Shiratani Unsuikyo again, perhaps climbing up from the coast by bicycle. A bicycle loop of the entire coastal road around the island (ca. 130 km) is also on my agenda for a future trip. 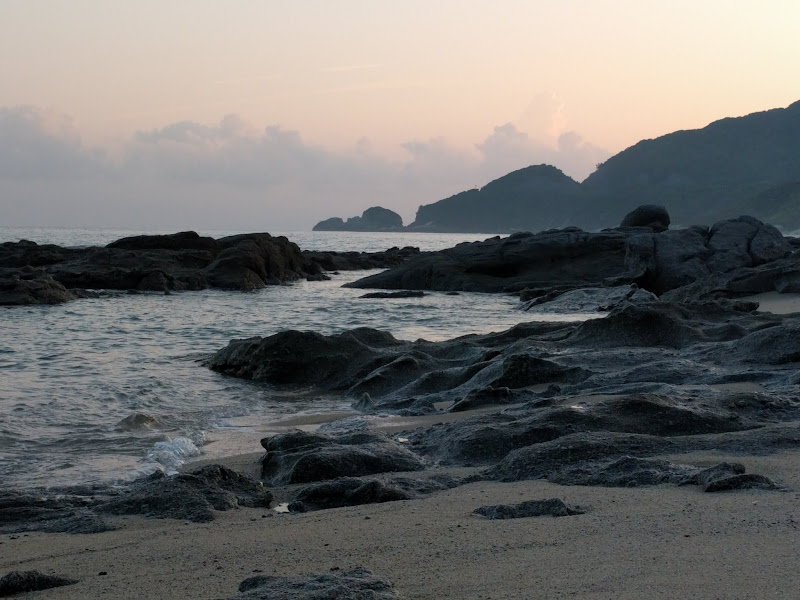