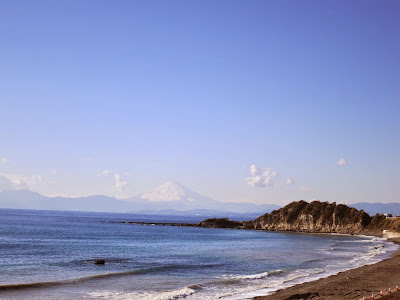 On January 10 I rode my first brevet of 2015, “BRM110 Miura peninsula 200 km” by AJ NishiTokyo. The 204 km course started and finished in Machida while the middle portion followed the Kanagawa coastline around Miura peninsula. Total elevation gain was a little over 900 m, far less than the more typical 2000-3000m in other AJ NishiTokyo 200 km events. It was also far less windy on the Miura coast than on most of my winter rides there. There were about 70 participants and I rode with others for most of the route.

The previous evening I cycled to a cheap business hotel near the start (Toyoko Inn in Fuchinobe) and went to bed early. I got up at 04:00, left at 05:00 and attended the pre-ride briefing at 05:40. 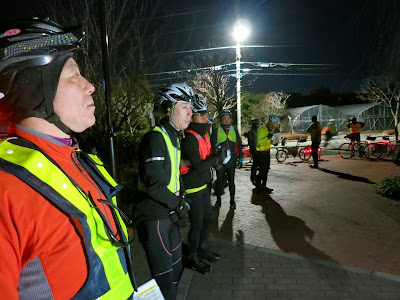 With the clear night sky, temperatures were close to freezing when we set off at 06:00, almost an hour before sunrise. The dawn was pretty along the Tamagawa, but when the sun rose it was right in our faces, which must have made it challenging for cars and trucks passing us.

After 40 km we left the river and turned onto major Rt15. We reached PC1 (Point de Controle #1, in this case a convenience store) at km 43. Here are some bikes of fellow participants, ranging from a custom built Japanese Cherubim bike with Rohloff Speedhub to a mamachari (shopping bike). Most cyclists at Japanese brevets ride regular carbon or aluminium frame road bikes. 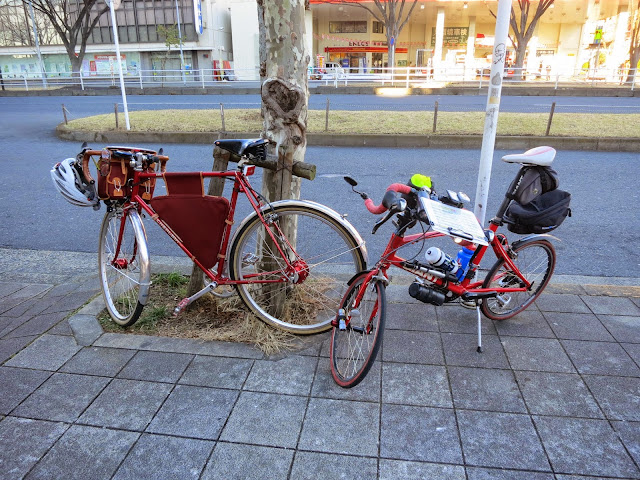 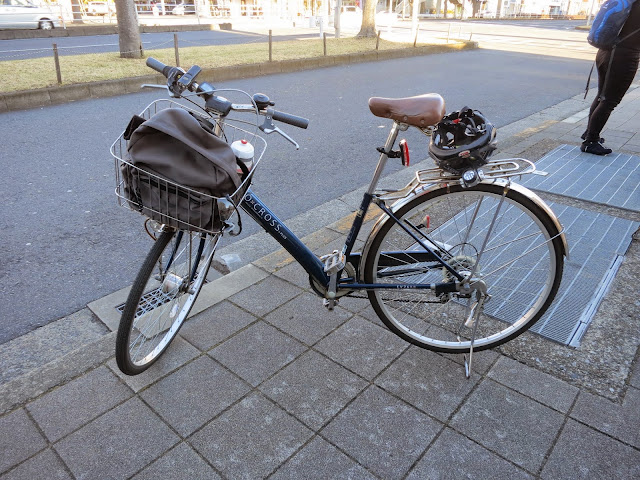 My next stop was at Yamashita koen in Yokohama. From there to near the Yokosuka naval base the road has many traffic lights so even though it’s mostly flat, you can’t maintain a fast pace. The real scenic peninsula starts south of Yokosuka. I love the views across Tokyo bay to Boso peninsula on the opposite side. You can see many boats, from container ships to oil tankers to LNG tankers, on their way to and from Tokyo, Kawasaki and Yokohama. 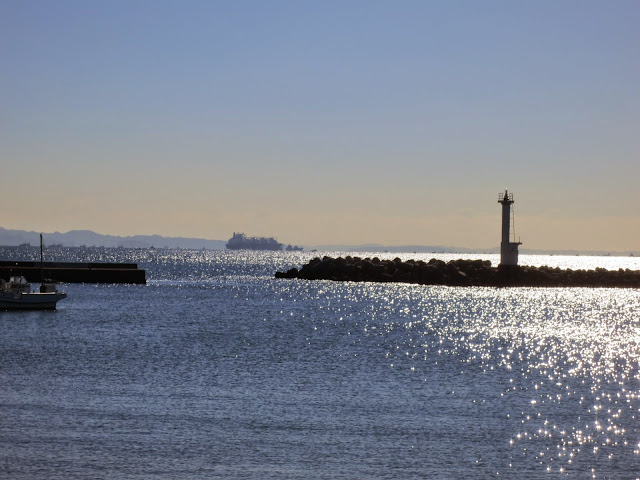 After 119 km I reached PC2 in Misaki, where I got my brevet card signed by a staff member (at PC1 and PC3 we needed to collect shopping receipts). 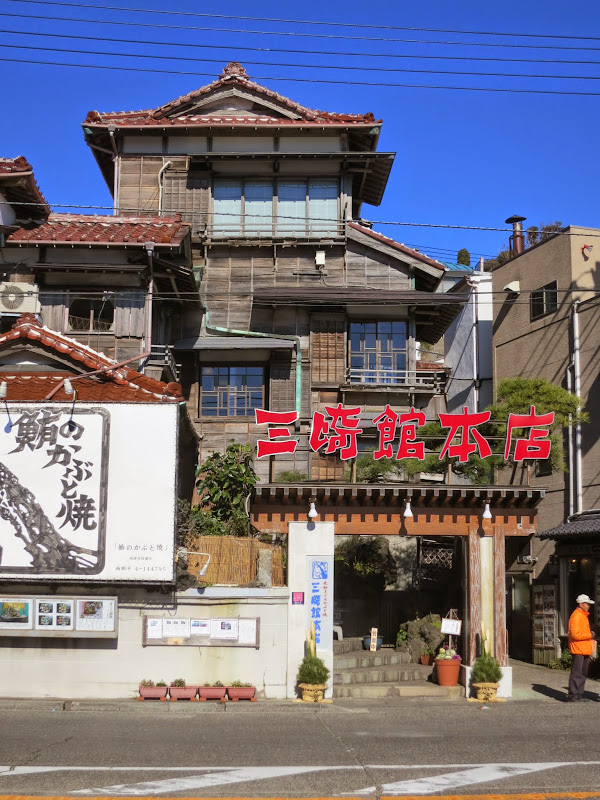 Heading north from there towards Zushi and and Kamakura on the west coast of the peninsula I was treated to one stunning Mt Fuji view after another. January is really the best time for them, because the air is so dry. At other times of the year the mountain is often obscured by clouds, even if you could see far enough. 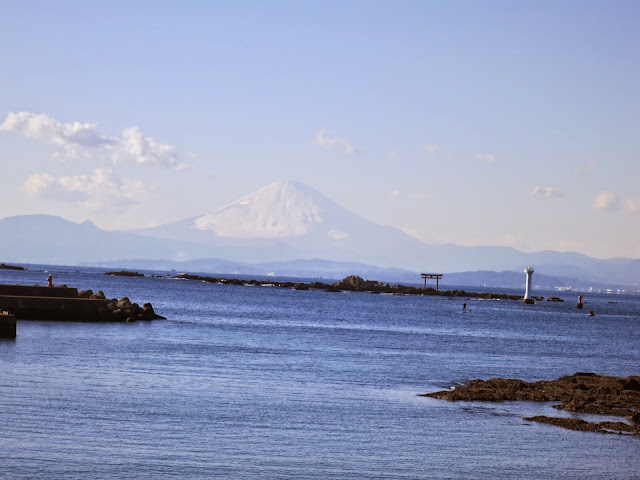 Here are some guys preparing a bonfire for a shrine festival: 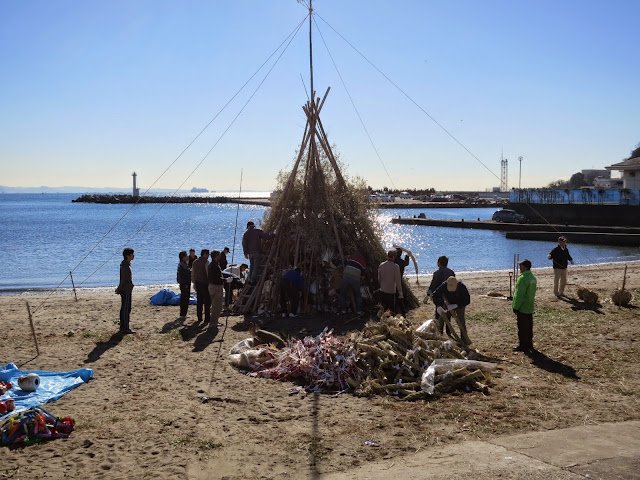 Near Chigasaki we turned away from the coast and soon reached PC3 near Samukawa (km 168). I was told I was #38, so around the middle of the field. With only 36 km to go to the finish and 1 1/2 hours ahead of cut-off time I felt really good. Furthermore, I still had over an hour of daylight. I had worked really hard for the first three hours, then dropped the pace a bit but overall made good time. So I enjoyed my first cup of coffee of the day, then headed on. 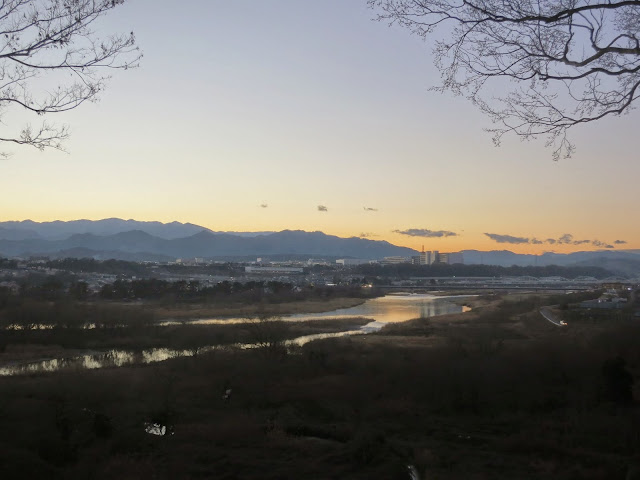 Another participant decided to follow me and my GPS to save himself navigating by his paper maps and notes. Once we got closer to the finish and he found himself in familiar territory he decided to drop off the back while I continued at my pace. I arrived at the finish at 18:06, 12 hour and 6 minutes from the start, which is my best 200 km time ever. 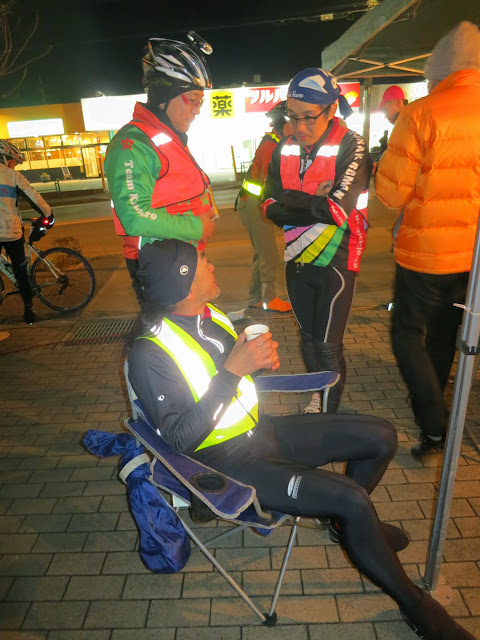 After handing in my brevet card and having my receipts checked I hung out with other finishers with food and drinks, chatting for a while. Then I headed on, riding another 30 km back to Setagaya/Tokyo in the dark. My winter gloves turned out too cold from the sweat, so I stopped at another convenience store to defrost my hands and pick up some cheap knit gloves for the ride home. Strava reported a total of 242 km for the day.

That makes January my 29th consecutive month with at least one Century ride (160+ km). 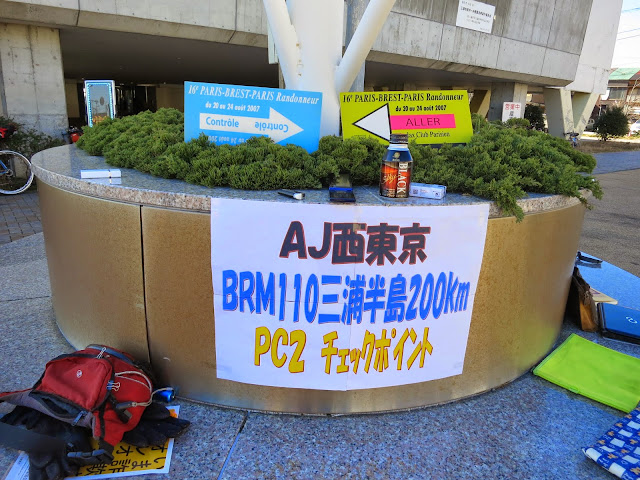