The Japanese government has published online map data about radiation levels in Eastern Japan. You can zoom in and out, scroll around and select data from: 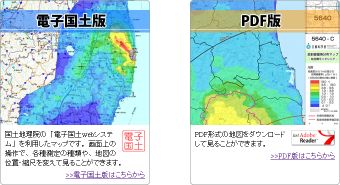 The data was collected via helicopter flights carrying instruments that detect gamma radiation of different energy spectrums, allowing a breakdown by isotopes causing it.

There are the following data sets:

The government is planning to extend the radiation survey to the whole of Japan, not just within about 250 km of the wrecked reactors as is currently the case.

1 thought on “Radiation map of Japan”