As the United States Supreme Courts starts considering the issue of same sex marriage, I can’t help thinking of the fact that as recently as 1967 my wife and I could not have got married in some US states because of racist laws. That was when the Supreme Court ruled in Loving v. Virginia that the state’s anti-miscegenation laws violated the constitutional rights of interracial couples. I think I can empathize with same-sex couples who are still denied the right to marry by unjust state laws today. 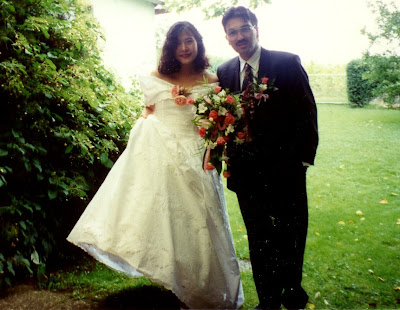 Today the historic reality of those racist laws is shocking to us. To our children and grandchildren, discrimination against gays and lesbians will be equally offensive. Same sex marriage takes nothing away from marriage between man and woman, it adds to it. If formally recognized long term commitments are beneficial between men and women, why deny them to other loving couples? I am confident that equality for same sex couples will come.