I am a Google Picasa user who earlier this year also joined the Google+ social network. I use Google Picasa to share photographs and videos with friends and family. Google+ makes it easy to share pictures and albums with specific selected circles of friends. 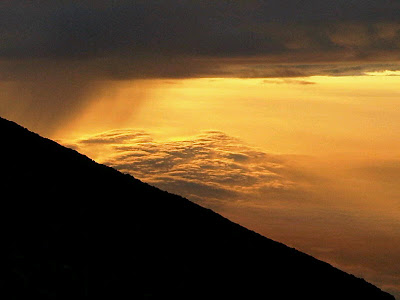 Until recently, I could conveniently launch the Picasa Web Albums site by clicking “Photos” in the Google navigation bar at the top of, for example, Gmail. A few days ago this changed and the link now takes me to the Google+ photo viewer. For me the new behaviour is inconvenient, because there are many things I can do with my albums in Picasa Web Albums that I can’t do from the Google+ photo viewer (which is really just meant for viewing and little else).

If you’re missing the Google link to Picasa, the simple workaround for now is to bookmark this URL:

and use it whenever you want to invoke Picasa Web Albums. Apparently, Google is working on integrating the oogle+ photo viewer with Picasa Web Albums more closely, so eventually the Picasa functionality will become available under “Google Photos” again.

On the positive side, it appears that the integration between Google+ and Picasa Web Albums has practically eliminated storage limitations for Picasa users. Facebook already offered unlimited picture uploads as long as each album set was limited to 200 pictures. With Picasa and Plus, only pictures above 4 Mpx or videos above 15 minutes count towards the limit. As Picasa by default resizes all uploaded pictures to 1600×1200 (which is 1.9 Mpx), this means de-facto unlimited storage for most users.