A couple of weeks ago I did my longest ride on the Bike Friday yet – 235 km in a day, across the mountains west of Tokyo to a lake near Mt Fuji during the cherry blossom (sakura) season. This was part of my training for a 300 km brevet ride coming up this month. It was a beautiful ride, one of my most enjoyable so far. 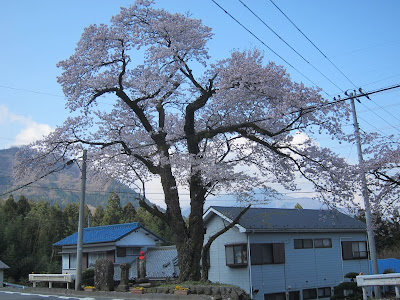 It took me about 16 hours, of which 14 hours were moving time. I had left home at 05:20 and was back in Tokyo at 21:20 (9:20pm). My Pocket Rocket has a Shimano hub dynamo and a Lumotec IQ Cyo headlamp which provided plenty of light on the last stretch after sunset.

Here is my route. I started from my house in Tokyo after sunrise and cycled out to the mountains some 40 km away, then followed Route 413 up a mountain valley and over a pass over 1100 m (3600 ft) high. I was climbing from virtually sea level (45 m or 150 ft) to 1.1 km high. I was cycling almost continually uphill for the first 96 km (60 miles). After 7 hours (including quite a number of brief stops for food, rest and pictures) I reached the highest pass. 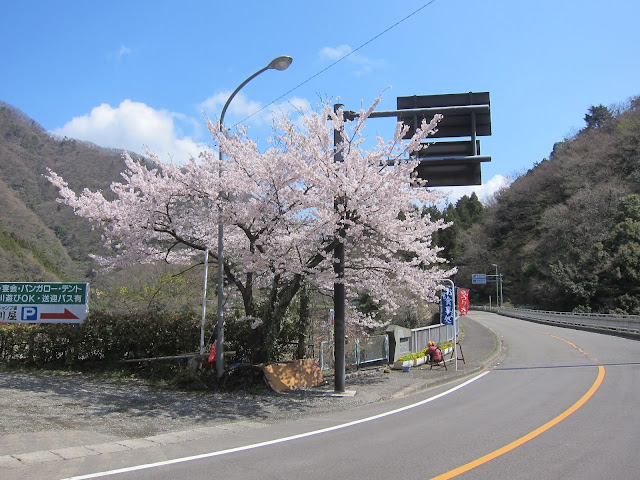 I always want to see the remaining distance: 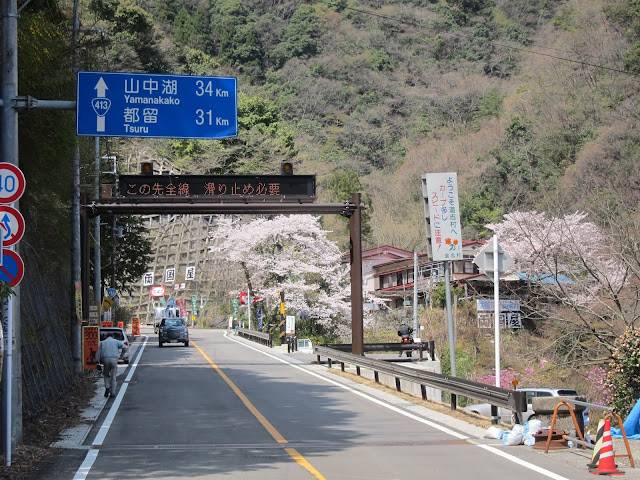 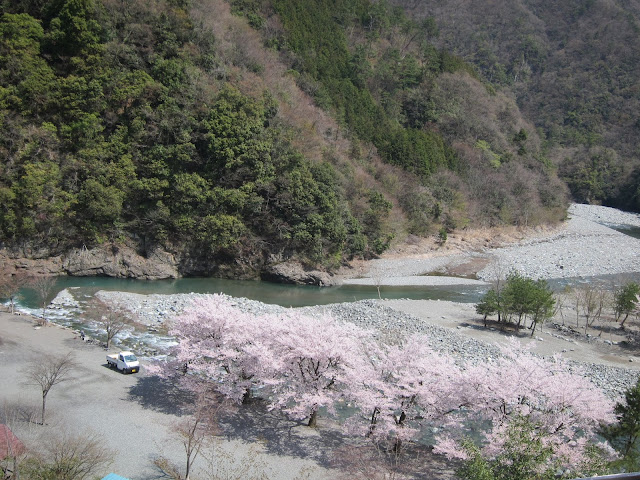 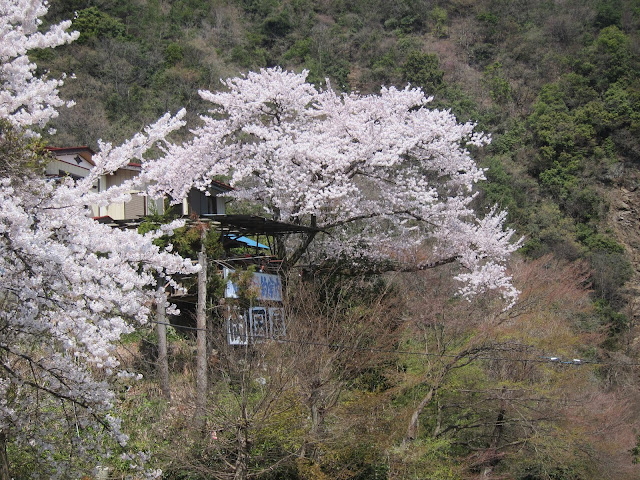 The exit of the tunnel at the end of The Longest Climb: It’s all downhill from here… NOT! 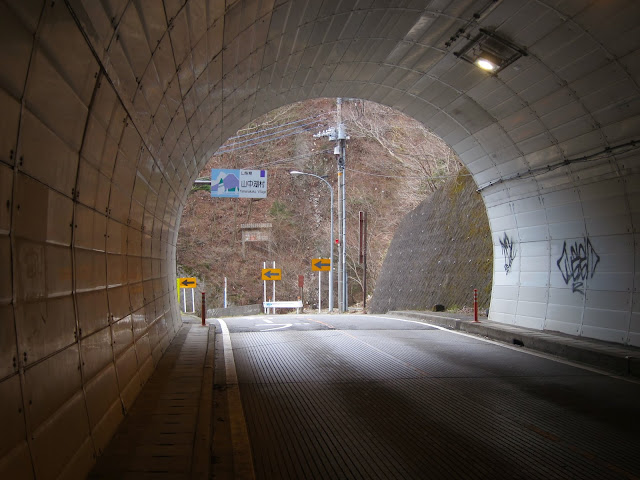 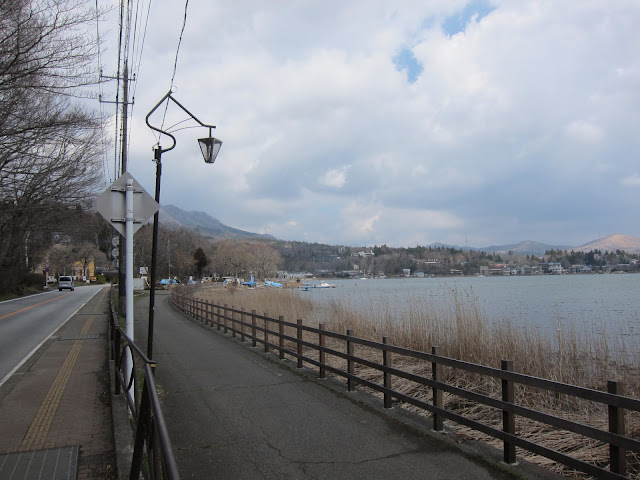 It can be surprizingly difficult to sea Mt Fuji (3776 m high) from just a few km away because of its frequent cloud cover. I cycled 235 km and all I saw of Fuji is this (its foot): 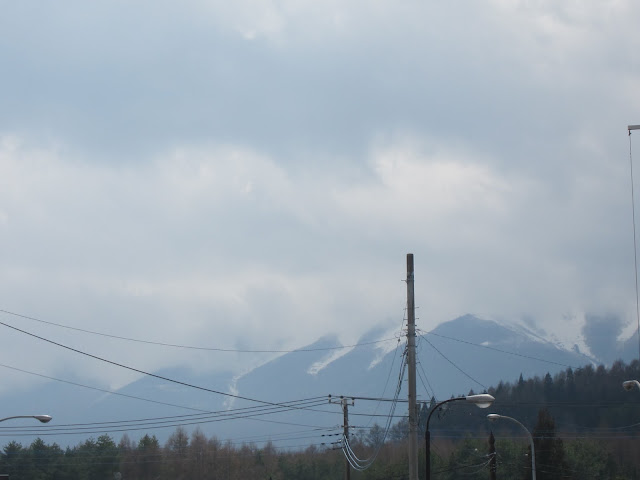 Almost home – at the top of the Mt Takao pass: 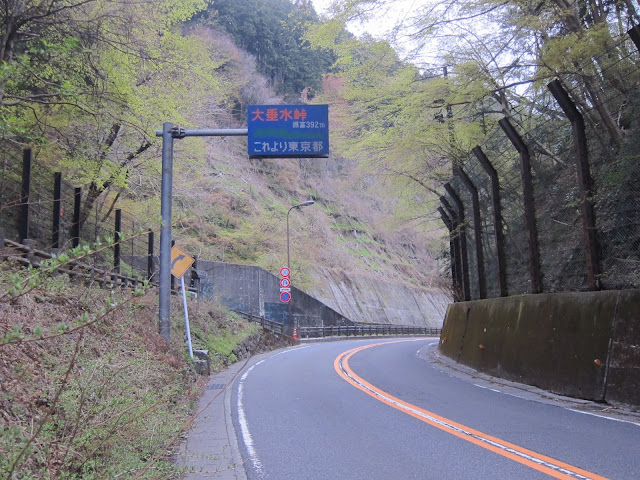 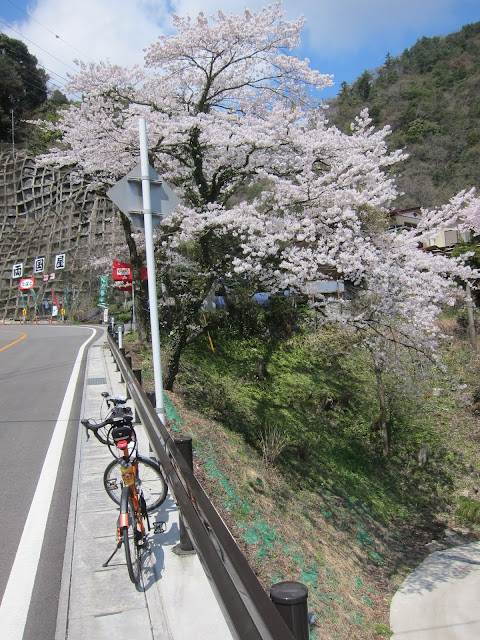 and its crazy rider: 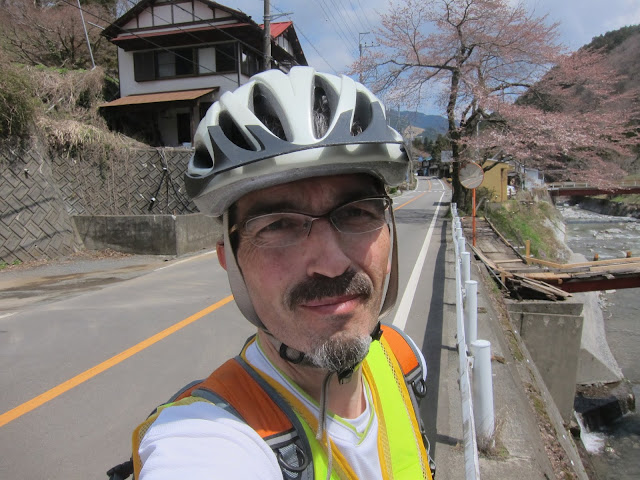 The ABC of distance riding: Always Be Consuming!

There is nothing exceptional about cycling this kind of distance. The key is eating and drinking sufficiently. Most people who first try long distances become exhausted not because of insufficient training, but because they simply eat and drink too little. The energy reserves in your body only last so long. Three meals a day will not cover the continuous energy use of long distance riding. You need to consume about 200-300 kcal per hour and sufficient liquids.

I carried water in two bottle holders, which I refilled whenever I could. Throughout the day I ate: 7 bananas, 6 raisin bread rolls, 360 g of yoghurt, a slice of pizza and several other pieces of bread. I drank about 4 litres of water, orange juice, cocoa, yoghurt drink and sports drink. Don’t worry too much about putting on weight while burning 6500 kcal. I am 10 kg (22 lbs) lighter now than I was the year before I got the bike. I’ve been dropping about one kg a month since I got the bike.

Stick to a speed you can sustain. I am not a fast rider, doing mostly 23-25 km/h on the flat (about 15 mph), with down to as little as 9 km/h (6 mph) on steep climbs, but that doesn’t stop me from going out to see nature, lots of it. I don’t go out there to set speed records, but to see the country, smell the trees and the ocean, view the rivers and mountains and bring back some pictures. Why settle for 3-6 hours when I can enjoy it the whole day?

Long rides on a folding bike

I did this 235 km ride a little over half a year after getting the Pocket Rocket, my first road bike in over 30 years. Some people are surprised that I do these rides on a folding bike. I usually point out that my house is small and a bike with small wheels is easier to store indoors. This is not just my touring bike but also my shopping bike. Almost daily I cycle to shops and carry my groceries home in a back pack. Other people may have a garage with several different bikes for different purposes, but I don’t.

The other part of the answer is that the Bike Friday is no ordinary folding bike. It has the geometry of a regular road bike and it rides like one, but also happens to fold and can even be packed into a regular size suitcase (which I’ve not done yet). It may not fold quite as compactly or as quickly as say a Brompton or Bike Friday’s smaller Tikit, bikes optimized for intermodal commuting, but it is much more suitable for going fast and far. Drop handles offer many different hand positions, which keeps your arms and back comfortable for longer. The wide range gearing with triple chain rings on the front and a 9 speed cassette at the back make it possible to climb steep mountains without too much strain on my knees but still go fast elsewhere. I love my Brooks leather saddle which keeps my bottom happy even after a whole day on the bike.

Ultimately however, it is not about the bike, but about you. If you want to ride more and further, you can do it on almost any bike. A bicycle is a tool. I’ve done a couple of 50 km rides on shopping bikes. When my son was still in Junior High School he once went on a 110 km trip (Yokohama to Enoshima and back) with some friends on a single speed folder. If you have a nice bike, you are more likely to ride it more often because it’s more enjoyable, but whether you ride it at all is still up to you. The type of bike makes no difference if you’re too lazy to ride, as I became once I got into cars, back in my 20s.

If you like longer rides, give them a try on whatever bike you have. If you find that you enjoy these tours and would like a more suitable bike, get a good one and you will not regret it.